Meet the teenage feminist who has just published her first book 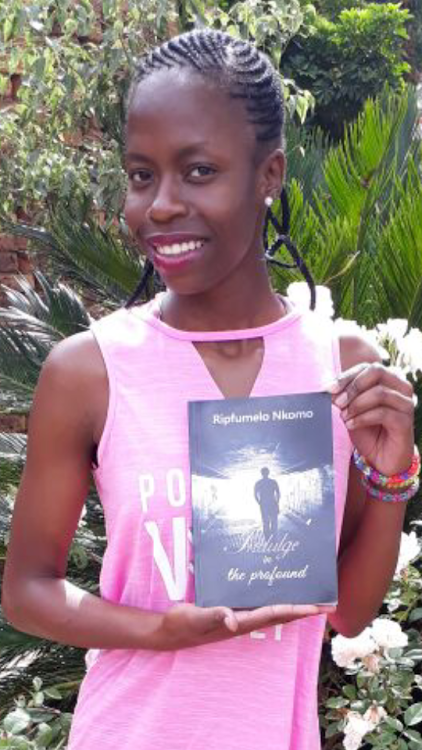 Tired of reading about damsels in distress who are saved by knights in shining armour‚ Ripfumelo Nkomo says she started writing her own books shortly after learning to write.

“I was around eight years old when I wrote my first manuscript‚” said the 15-year-old.

“My mother loved buying me princess books but I always felt I could not relate. I felt they limited me to a particular belief‚ topic or normality‚ that girls are meant to act in a certain way. I felt different and I wanted to challenge that. I’ve always been one to question power.” The titles of some of her manuscripts are proof of her independent thinking: ‘Queens who Don’t Need Kings‚’ ‘Single Mothers who are Supermoms’ and ‘Everyone is Crazy.’

“‘Queens who Don’t Need Kings’ is basically about women being strong and not needing a man to do or achieve anything‚ not needing validation and knowing they can do anything at all‚” Nkomo said.

“The second manuscript – while my parents are married‚ I have friends that grew up with single parents and these women have always paid the bills‚ empowered their daughters and taught them that they can be anything they want.”

‘Everyone is Crazy’ was written when Nkomo was eight or nine to raise awareness about mental illness.

“The black community doesn’t always understand that this is an imbalance of the mind‚” the teenager said.

“That one was actually based on different characters that I saw in my class.”

Nkomo – now a Grade 10 pupil from Boksburg‚ east of Johannesburg‚ has just self-published her very first book‚ which she hopes to see on bookshelves around the country.

“It’s called Indulge in the Profound‚” she said.

The 91-page book was all about exploring everything she saw in the world around her.

“I started writing it when I was 14 on pieces of paper. It speaks about societal issues‚ politics‚ spirituality‚ inner beauty and the impact of the media‚” she said.

While other teens may battle with the struggles of high school‚ friendships and relationships and even self-discovery‚ Nkomo said she was enjoying this part of her life.

“I’m different because I choose to be. I try to not let the norm and society and things happening around me influence who I become. I understand that I am in transit. I know I am moving forward and each day is a step towards the future and it’s all about God‚” she said.

Nkomo hopes to study screenwriting after matric and wants to produce stories of women and girls around Africa.

Donel Mangena, 16, from Southampton England stunned judges on The Voice UK  with his remix of ‘Cold Water’ by Major Lazer featuring Justin Bieber ...
Entertainment
4 years ago

The practice is known as ukuthwala.
News
4 years ago
Next Article