How to sue Tiger Brands 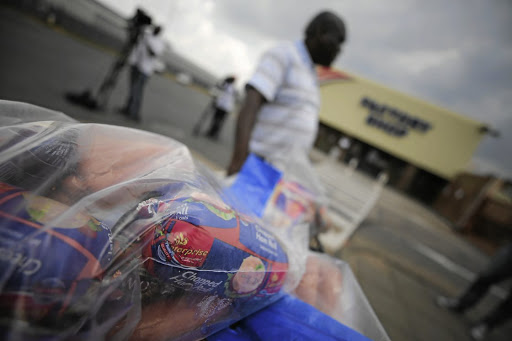 Human rights lawyer Richard Spoor is gearing for a fight with Tiger Brands over the listeriosis scandal that‚ to date‚ has claimed 183 lives.

Spoor believes Tiger Brands‚ one of the largest food manufacturers in the country‚ should be held accountable for failing to protect their consumers against the deadly disease.

The class action lawsuit could be the first under the 2011 Consumer Protection Act.

The publication spoke to Consumer Protection Act lawyer Paul Esselaar about how a lawsuit could work. Esselaar gave advice to victims on how to build a strong case against Tiger Brands.

This would be the first ever class action lawsuit under the Consumer Protection Act‚ which became law in 2009. Esselaar knows of no other class action under the Consumer Protection Act. This act is unique in that consumers don’t have to prove the company that sold them the goods was negligent in making harmful goods. This makes it easier for consumers.

Heartbreak after infection causes woman to miscarry her baby

A woman who lost her unborn child due to listeriosis experienced severe fever leading up to her miscarriage.
News
4 years ago

Consumers should be as quick as possible to secure evidence that they bought polony as they need to prove they were harmed by a Tiger Brands product or prove where they bought it if they are going after a retailer who sold the product to them.

3. Tiger Brands may not be only one in the dock:

Any class action suit would use Section 61 of the Consumer Protection Act‚ which makes any supplier of the goods liable‚ just as long as the consumer can prove that they were harmed by the goods which were sold by the suppliers. This means large retailers - such as Pick ‘n Pay or Shoprite - who sold polony can face action and not just the manufacturers of cold meats.

There are defences in law for suppliers to use so they don’t lose the case‚ but Esselaar’s opinion is if they could have reasonably expected to know the product was faulty they could be held liable.

It is unlikely a small corner café selling polony would be sued as a small store doesn’t do food safety checks.

Esselaar said the key issue right now for consumers was to do whatever they could to find and preserve evidence.

“For example‚ if you bought polony at a store you need to find out whether that store has CCTV footage and ask for a copy of that footage from the store before it is destroyed. Remember that evidence includes witness testimony‚ but even then people forget‚ so it is a good idea for everyone to write down what they remember while they still remember it.”

Causation can be tricky‚ but not impossible.

“It would be best to get evidence as quickly as you can‚” said Esselaar.

5. Lawyers on the side of big guys:

Esselaar said that if he was representing the retailers or producers his focus would be to show the consumer couldn’t prove where they bought the product or that they ate the product‚ making them ill.

“It is likely that attorneys acting for the suppliers will focus their efforts on causation‚” said Esselaar. “Essentially what they will argue is that it is impossible to prove that the case of listerosis started at their client’s shop.

“If I was a lawyer I would focus my attention on disproving or challenging plaintiffs’ evidence of where they bought products or what they bought that harmed them.”

6. It could take a very long time:

The only way a lengthy case could be avoided is for the retailers and suppliers to agree to the consumers’ initial demands‚ which are bound to be high.

“Unless the class action is settled‚ this case could take years to get through all the courts as it is quite possible it will be appealed the whole way up to the Constitutional Court.”

Spoor’s first class action lawsuit — which involves taking on large mining companies on behalf of gold miners who developed silicosis from gold dust — has been ongoing for two years‚ and if a settlement is not reached this year‚ as expected‚ there are some estimates it could take as long as 15 years.

Three more people are known to have died of listeriosis‚ including a baby younger than a month old‚ bringing the death toll to 183.
News
4 years ago

Five laboratories and an unnamed company in Brazil are under police investigation over falsified results of tests on meat samples.
News
4 years ago

Killing off listeria in meat products

It would take 140 degrees of intense heat and shredding at a medical waste treatment plant to kill off deadly listeriosis-causing bacteria.
News
4 years ago

Forensic investigator Paul O’Sullivan plans to lay murder and attempted murder charges against a multi-national corporation over the recent ...
News
4 years ago

Husband of listeriosis victim: 'We were plunged into catastrophic grief and bewilderment'

Based on everything we’ve been told about listeriosis‚ Glenda Warmback had very little chance of contracting it.
News
4 years ago

ANC calls for investigation into packaging of listeriosis-linked products

The African National Congress (ANC) has called for an investigation into the quality of the packaging used in products linked to listeriosis.
News
4 years ago
Next Article