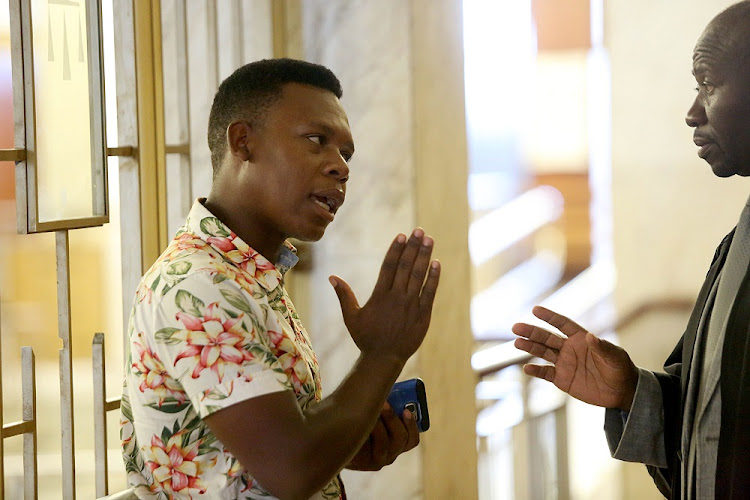 Criminal charges against the biological father of baby Siwaphiwe Mbambo - the infant at the centre of a faked kidnapping which gripped KwaZulu-Natal - were withdrawn by the National Prosecuting Authority on Tuesday.

Almost a year to the day after the staged abduction during a hijacking‚ concocted by the child’s mother‚ Sibongile Mbambo‚ the case against her lover‚ Phumlani Mbokazi‚ was struck from the roll.

Mbokazi had originally been charged alongside Mbambo when their ploy unravelled. They each faced charges of defeating the ends of justice and fraud.

In January‚ after pleading guilty‚ Mbambo was sentenced to five years’ imprisonment for her role in the sham‚ and is currently serving her sentence.

Mbokazi‚ through his attorney‚ had made representations to the Director of Public Prosecutions‚ insisting that he had been acting in the best interests of his baby.

In documents presented to the court‚ Mbokazi submitted that he had taken cognisance of the criminal charges but requested that the state halt proceedings against him‚ citing evidence placed before court during the trial of Mbambo.

“Evidence showed that the accused did not intentionally or unlawfully make a false report of the robbery with aggravating circumstances thereby defrauding the state‚” his submission read.

Baby Siwaphiwe will stay at her paternal home‚ despite her mother being sentenced to time behind bars.
News
4 years ago

“There is no evidence to show that was led which would show that the accused had intention‚ directly or indirectly‚ to commit an offence.

“The facts presented above are consistent with the evidence [from the trial of Mbambo]‚ it then follows that the accused did not act criminally whatsoever.”

During the mother’s trial‚ a probation officer and a social worker testified that Mbambo had detailed the extent of her plans and what had driven her to stage the child-snatching.

Social worker Lydia Watson testified that during her consultation with Mbambo‚ she revealed that she’d met Mbokazi at a shop two months before she had fallen pregnant.

She feared that the physical appearance of the child would reveal that her husband was not the father.

“She was part of a polygamous relationship and she was much younger than her husband and she missed the affection [of other men]‚” Watson said‚ as a possible reason for her affair.