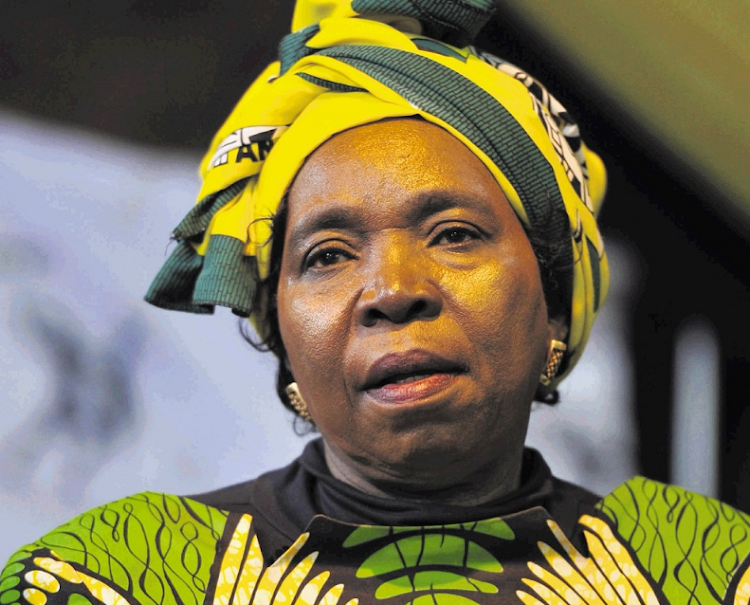 Minister in the Presidency Nkosazana Dlamini-Zuma suggested that women abstain from voting if the budget is not inclusive of women.
Image: VELI NHLAPO

Senior women in the ANC have debated whether women should boycott next year’s general elections‚ the SABC reported.

Minister in the Presidency Nkosazana Dlamini-Zuma suggested that the vote should be tied to a budget for gender parity‚ the broadcaster said.

Dlamini-Zuma made the comments during a discussion on International Women’s Day in Johannesburg on Thursday night.

“The budget must be desegregated to say what of this budget is going to women‚ young women and of course the youth? But let’s start with women.”

Thandi Moraka‚ deputy secretary general of the ANC Youth League‚ also spoke up during the debate.

The troubled Gauteng department of health received the biggest slice of the provincial budget with R46.4-billion‚ about 38% of the total budget for ...
News
3 years ago

“If we can take a resolution as women to say that we are not going to vote in this upcoming general election‚ the ANC is going to lose. And we don’t want to do that. Just for us to show how powerful we are‚ Mam’ Bathabile‚ you can issue an instruction to say: All women‚ stay at home‚ don’t vote.”

Bathabile Dlamini is the president of the ANC Women’s League. She was recently moved to the women’s portfolio in a cabinet reshuffle by newly appointed President Cyril Ramaphosa. Ramaphosa narrowly defeated Dlamini-Zuma in December at the ANC’s national conference‚ where the Women’s League had campaigned strongly for Dlamini-Zuma.

Dlamini‚ the former social development minister‚ also spoke at Thursday’s night event‚ calling on women to support each other.

“The time has come for us to hold the hands of young women because we are where we are because someone decided to hold our hand‚” Dlamini said.

The Minister of Planning, Monitoring and Evaluation in the Presidency, Dr Nkosazana Dlamini-Zuma, says if the government doesn't allocate a budget for gender parity, women should withhold their votes in the 2019 elections. She was addressing an International Women's Day dialogue at Luthuli House in Johannesburg. For more news, visit: sabcnews.com

The troubled Gauteng Health department received the lion's share of the 2018/2019 budget with a R46.4-billion allocation.
News
3 years ago

Gauteng budget: how should it be spent? Have your say here

Why did the rand strengthen and ratings agencies give the thumbs-up to the national budget delivered by Malusi Gigaba?
Business
3 years ago

An increase in the fuel levy and a slide in state finance were among the concerns raised by experts on Finance Gigaba’s budget speech.
News
3 years ago
Next Article