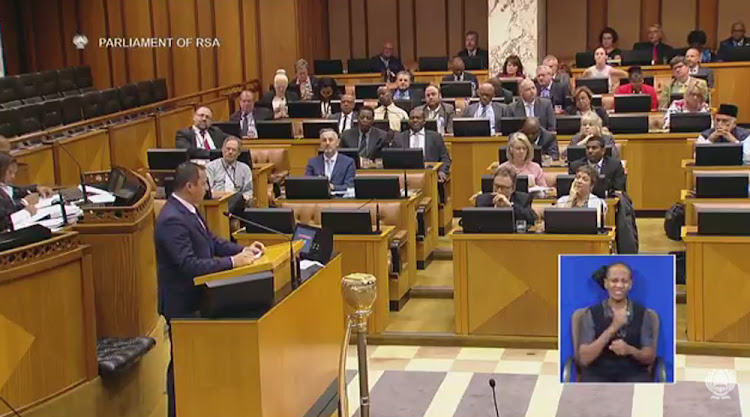 Parliament on Tuesday passed a motion brought by Economic Freedom Fighters (EFF), to carry out land expropriation without compensation, a key pillar of the ruling ANC government and new President Cyril Ramaphosa.

The motion, which would include a review of the constitution, was brought by leader of the EFF Julius Malema and was passed by an overwhelming majority of 241 votes in favour versus 83 votes against the proposal.

The Democratic Alliance‚ who said there was no need for the amendment of the Constitution as the slow process of land redistribution was a result of the ANC-led government's failure for the past 25 years‚ did not support the motion. Neither did the Congress of the People‚ the African Christian Democratic Party and the Freedom Front Plus.

The matter will now be referred to the Constitutional Review Committee‚ which must report back to Parliament by August 30.

The EFF proposed that an ad hoc committee be established to review and amend Section 25 of the Constitution to make it possible for the state to expropriate land in the public interest‚ without compensation.

Section 25 of the Constitution – known as the property clause - states the government must make laws and take other steps to help people or communities to get land to live on‚ and to claim back land if they lost it after 1913 and because of an apartheid law.

In March last year‚ a similar motion brought by the EFF was defeated by 261 votes to 33. Two MPs abstained. The ANC said at the time it did not agree with any form of land expropriation without compensation. - Additional reporting by Neo Goba