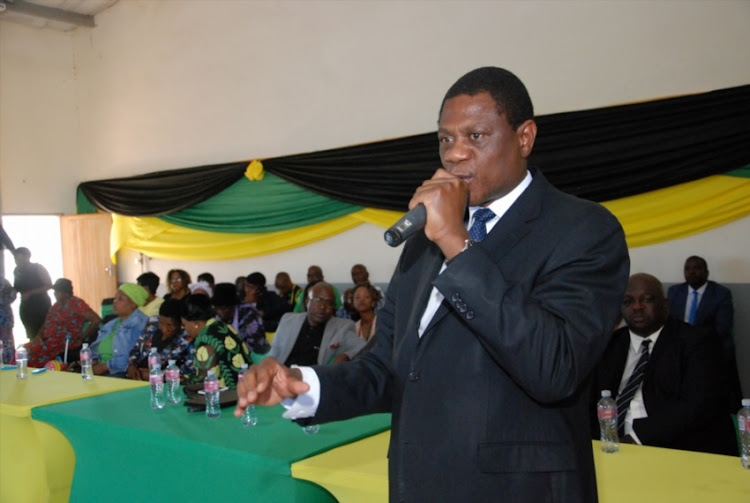 The best possible way to avoid having two centres of power in the country would be for President Jacob Zuma to resign‚ says ANC treasurer-general Paul Mashatile.

“Our view is that there should be a change of guard. You need to transfer power‚ you can’t have two centres of power. We want to see a situation where there is one centre with no tension‚ and the best possible way is if the state president exits‚” Mashatile told CNBC Africa in an interview on Friday night.

He added that the best way to achieve this would be to go to Zuma and say “look we’re not booting you out but we think we can work better this way”.

Mashatile’s remarks come amid increasing calls for Zuma to resign ahead of Thursday’s State of the Nation Address (Sona). The ANC’s national working committee (NWC) reportedly agreed this week that Zuma should not be allowed to address the nation at the opening of Parliament.

A call by the Democratic Alliance to delay the Sona was this week rejected by National Assembly Speaker Baleka Mbete‚ who said it was not allowed under parliamentary rules.

Baleka also rejected a request by the Economic Freedom Fighters to hold a debate on a motion of no confidence in the president before the Sona. Instead it will be held on February 22‚ after the Budget is tabled in Parliament.

Meanwhile‚ SowetanLIVE reported that ANC president Cyril Ramaphosa and the other top five party leaders are to hold an urgent meeting with Zuma on Sunday to tell him to step down.

SowetanLIVE said it had been informed by sources that the officials would inform Zuma to resign or face Parliament where he would be impeached or face a motion of no confidence against him.