Prosecution of those implicated in state capture will be given ‘top priority’: Ramaphosa 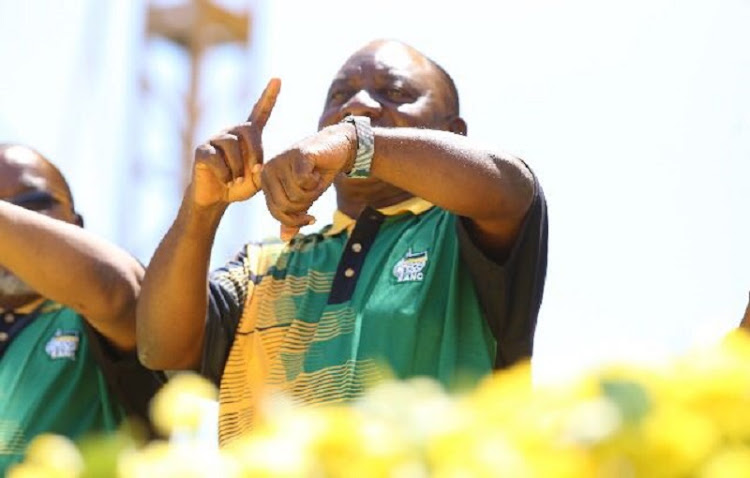 ANC president Cyril Ramaphosa says prosecution of those implicated in state capture will be given ‘top priority’
Image: THE DAILY DISPATCH

ANC President Cyril Ramaphosa has laid down the law against state capture‚ using his inaugural January 8 address to party supporters to lambast the phenomenon that put the Gupta family and President Jacob Zuma’s family at the centre of widespread corruption in the state.

Ramaphosa announced that investigating and prosecuting those responsible for and implicated in state capture would be his top priority.

Delivering his maiden January 8 statement in front of a capacity crowd at the Buffalo City Stadium in East London‚ Ramaphosa said: “We shall confront corruption and state capture in all the forms and manifestations that these scourges assume. This includes the immediate establishment of a commission of inquiry into state capture. The investigation and prosecution of those responsible will be given top priority‚” he said.

Ramaphosa has pledged to put in place mechanisms to improve transparency in the appointment of of individuals to senior government positions‚ state-owned entities and law enforcement agencies.

He said this was to “prevent undue influence and ensure adequate vetting of candidates”.

Ramaphosa said that state capture had undermined the South African economy and state-owned entities were weakened as a result of it.

“We must work to restore the credibility of public institutions‚ including state-owned enterprises and law enforcement agencies‚ by addressing excessive turnover in senior positions‚ undue political interference‚ poor coordination and corruption‚” he said.

Ramaphosa said the ANC welcomed Zuma’s announcement of the establishment of a commission of inquiry in line with the findings of the Public Protector’s report on state capture.

Zuma is yet to publish the terms of reference of the inquiry and it is unclear when the commission will convene to start its work.