An air strike killed at least 43 people in the town on Tuesday, a medical official told Reuters. 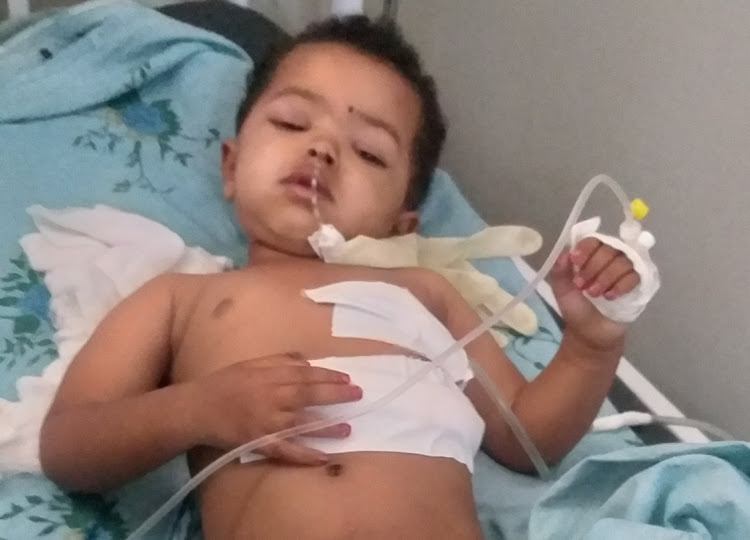 An infant injured by an air strike that killed dozens of people in the town of Tagogon in Ethiopia's Tigray region is treated at the Ayder Referral Hospital, in Mekelle, Ethiopia on June 23, 2021.
Image: Reuters

Only combatants, not civilians, were struck in an air strike this week in Ethiopia's Tigray region, the country's military spokesman said on Thursday.

Colonel Getnet Adane told Reuters in an interview in Addis Ababa that the combatants in the town of Togoga were dressed in civilian clothes.

An air strike killed at least 43 people in the town on Tuesday, a medical official told Reuters. The strike took place after residents said new fighting had flared in recent days north of the regional capital Mekelle.

A resident of the town told Reuters on Wednesday that the air strike a day earlier had hit a market in the town west of Mekelle at around 1 p.m. That resident also said that her 2-year-old daughter had been injured in the attack.

The military spokesman said the combatants were not inside the market, but had gathered in the town to commemorate the anniversary of the bombing of another town in Tigray, Hawzen, in 1988. That attack, by Ethiopia's then-ruling Communist leaders, killed hundreds of people and is widely commemorated in Tigray.

The spokesman said he did not have the death toll from the strike but that it would come soon.

Ethiopia will show a sceptical world that it can successfully hold a peaceful election next week, Prime Minister Abiy Ahmed told a crowd of tens of ...
News
7 months ago

The military has been battling forces loyal to the Tigray People's Liberation Front (TPLF), the region's former ruling party, since November. Fighting has displaced 2 million people, and the United Nations has warned of a possible famine.

Asked about children injured in Tuesday's attack, the spokesman said the TPLF uses propaganda and is known for faking injuries. He also said that doctors quoted by the media are not "real doctors".

The remarks were the first acknowledgement by the military of the air strike, which came after residents said new fighting had flared in recent days north of Tigray's regional capital Mekelle.

Previously, Getnet, the military spokesman, had declined to confirm or deny the incident, saying air strikes were a common military tactic and that government forces do not target civilians.

The air strike took place as Ethiopian officials counted ballots from national and regional parliamentary elections held this week in seven of the nation's 10 regions.

No voting was held in Tigray, and security concerns and problems with ballot papers also delayed voting in two other regions.

An analysis by United Nations agencies and aid groups estimates that about 350,000 people in Ethiopia's conflict-torn Tigray region are in famine ...
News
7 months ago

Ethiopia accused the United States on Monday of meddling in its affairs after Washington announced restrictions on economic and security assistance ...
News
7 months ago

Ethiopia has postponed parliamentary elections due on June 5, the country's electoral body said on Saturday, adding it did not foresee a delay of ...
News
8 months ago
Next Article