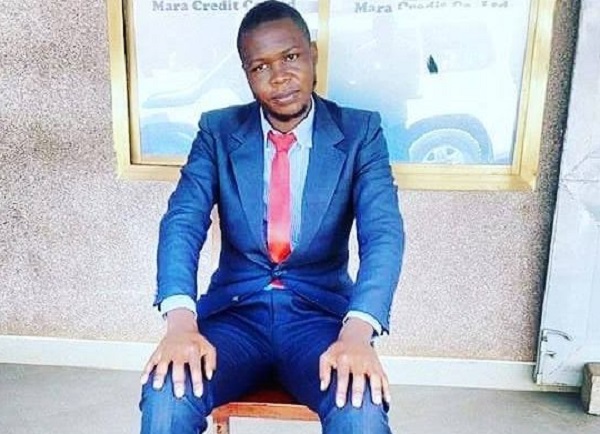 A Tanzanian opposition activist has been found beaten and unconscious at a village in the country's southern highlands five days after unidentified people abducted him, stoking new fears of an opposition crackdown.

Mdude Nyagali, a young activist with the main opposition Chadema party, was found late on Wednesday at a village near his home town of Mbeya, his party announced on Thursday.

Opposition groups say several campaigners have been attacked over the past three years after they criticised President John Magufuli's government, accused by critics of authoritarian rule since he came into power in late 2015.

"We confirm reports that Mdude Nyagali has been found. He was discovered unconscious, but breathing ... in rural parts of Mbeya," CHADEMA said in a brief announcement on Thursday, adding that a formal statement would be issued later.

The activist, who is not a national opposition figure but is an active government critic on social media, is receiving medical attention at the main government hospital in Mbeya.

Tanzania's police force dismissed accusations last week from some opposition leaders that authorities were involved in the activist's disappearance and pledged to investigate the matter.

"We've sent reinforcements from police headquarters to help with this case as an indication of our seriousness in determining if there was any criminal act," Tanzania's Deputy Home Affairs Minister Hamad Yussuf Masauni said in parliament last week.

Video clips circulating on social media showed the visibly distraught opposition activist in hospital with a swollen face, narrating how he was blindfolded and handcuffed by yet unknown assailants.

Opposition leaders, some Western diplomats and human rights activists had also called for his immediate and unconditional release.

Nyagali's disappearance triggered an online campaign in Tanzania with the hashtag #BringBackMdudeAlive trending on Twitter for several days, and drew international attention.

"Good to hear he has been found. I hope there will be an investigation into what happened," Sarah Cooke, the British High Commissioner to Tanzania, tweeted.

Canadian High Commissioner to Tanzania, Pamela O'Donnell, had described the activist's disappearance as "very disturbing" and expressed hope that the Tanzanian government would do everything possible to bring him back alive.

Tanzanians took to social media to demand answers from the government about recent incidents of politically-related kidnappings and torture and the attempted assassination of vocal opposition MP Tundu Lissu in Sept. 2017.

"We demanded and got him back alive - thank God!" Maria Sarungi, a social media activist who led an online campaign to push for the activist's release, said on Twitter on Thursday.