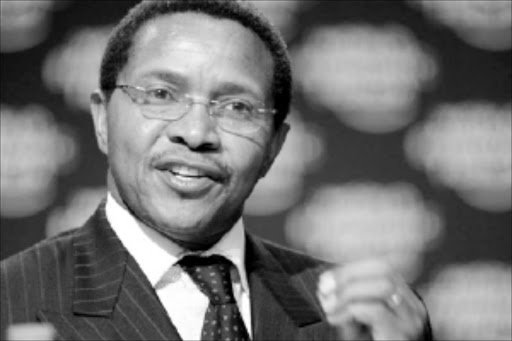 Tanzania's National Electoral Commission (NEC) admitted on Wednesday that there could have been irregularities in the vote tallying, but said any errors would not influence the final result and rejected calls for a fresh poll.

Campaign manager for the opposition Civic United Front (CUF) party, Said Miraji, told Reuters: "The whole election process was flawed and had a lot of irregularities."

The slow release of results triggered three days of clashes between opposition supporters and riot police in pockets of the country.

There were no early reports of violence yesterday.

Initial results give incumbent President Jakaya Kikwete the advantage in a vote seen as a test of the dominance of his ruling Chama Cha Mapinduzi (CCM) party, which has struggled to tackle poverty and under-development.

Foreign donors slashed funding pledges for the gold producer's 2010-2011 budget because of the slow pace of reforms.

Under Tanzania's constitution, parliamentary and local council results can be challenged in the law courts, but final presidential results as announced by the NEC cannot be legally challenged.

Abdallah Safari, a lawyer and professor of law at the University of Dar es Salaam, said: "There is no independent electoral commission in Tanzania in terms of international law, and there can never be a free and fair election in the country under the current set-up."

Willibrod Slaa, the presidential candidate for the Chadema party, has urged the NEC to stop announcing results and hold a recount.

Tanzanian intelligence and security services have rigged the vote in favour of CCM, and electoral commission figures did not tally with those from constituencies, Slaa said on Wednesday.

The NEC has said final results will be released today at the latest, and government officials told Reutersthat the new president would likely be sworn in tomorrow.