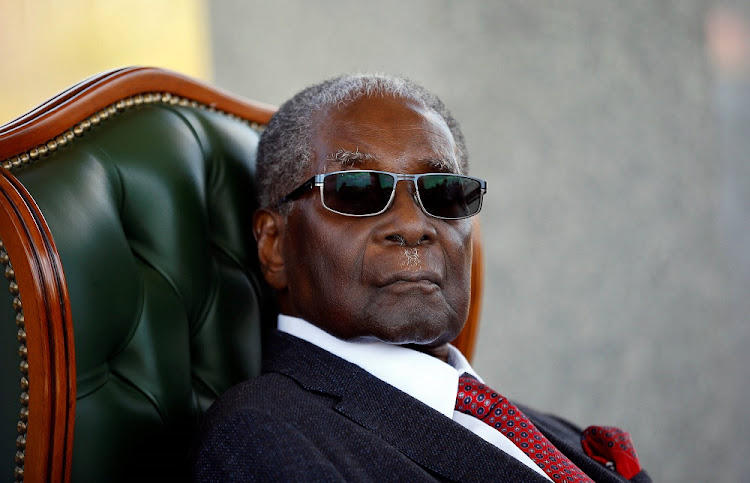 Tensions were high in Zimbabwe on Monday after former president Robert Mugabe announced on Sunday that he would not be voting for the ruling Zanu-PF.

An ally claimed that state security assigned to Mugabe at his private residence was withdrawn after the press conference and that soldiers had vandalised his property.

At his home on Sunday‚ Mugabe announced that he would not cast a vote for the ruling Zanu-PF party.

The briefing was beamed live by some regional and international news organisations‚ on the eve of the first election that Mugabe will not participate in post-independence. The soldiers who guarded the property had left the accommodation they used severely damaged‚ he claimed.

“Bulbs‚ electricity switches and anything that made the house habitable was vandalised. The leader of the nine soldiers dumped keys to the house at Mugabe’s reception and told the receptionist they had been ordered off the premises because of the press conference. Only two police officers remain‚” Mawarire said in a statement.

Zanu-PF’s presidential candidate in Monday’s election is Emmerson Mnangagwa‚ his former deputy president. Mnangagwa is in a neck-and-neck contest with Nelson Chamisa‚ the leader of the MDC Alliance‚ for the country’s top job.

The 94-year-old Mugabe is expected to cast his vote at Mhofu Primary School in Highfield.

Mugabe hinted that his support in the election was for Chamisa‚ who he said appeared to be doing well‚ judging by the turnout at his rallies. Chamisa has held around 80 rallies over the last few months in rural and urban areas.

In response to Mugabe’s comments on dumping the ruling party‚ a video of Mnangagwa was widely shared on social media platforms in which he said it was clear that Mugabe was plotting a return to power under Chamisa. An audio clip was also aired on national radio.

“The choice is clear‚ you vote for Mugabe under the guise of Chamisa or you vote for a new Zimbabwe under my leadership‚” Mnangagwa said in a brief message.

Meanwhile‚ the Zimbabwe Electoral Commission (ZEC) said it had reported Chamisa to the police for failing to adhere to a law that bans election campaigning 24 hours before voting day.

Flanked by his lawyer‚ Thabani Mpofu‚ and spokesman Nkululeko Sibanda‚ Chamisa said at a press briefing held at the Meikles Hotel on Sunday that he would not lose the election and accepted the support from Mugabe‚ saying he needed every vote to win.

After a 37-year-long rule in Zimbabwe‚ former ruler Robert Mugabe is upset that the administration of his protégé‚ Emmerson Mnangagwa‚ has not yet ...
News
3 years ago

Utoile Silaigwana‚ the ZEC acting chief elections officer‚ condemned Chamisa for violating the law by holding a press briefing and said he had since been reported to the police.

“The Zimbabwe Electoral Commission has noted with concern the violation of the Electoral Act [Chapter 2:13] by one of the candidates contesting in the 2018 Harmonised Elections. Clause 7 (1)(b) of the Code of Conduct for political parties and candidates and other stakeholders provides as follows: (1) No political party or candidate may‚ from midnight 24 hours before polling day in any election or referendum until polling stations are closed on that day publish‚ or cause or permit the publication‚ of any advertisement or statement promoting or opposing a particular party or candidate‚” said Silaigwana.

“It has come to the knowledge of the Zimbabwe Electoral Commission that one of the Presidential candidates today‚ the 29th of July 2018 held a press conference at Meikles Hotel‚ in direct contravention of the provisions of the Electoral Act Fourth Schedule (Section 160A‚ Clause 7(1)(B). This matter has been reported to the police for investigation on possible infraction of the electoral law.”