Israel enforces siege mentality on Palestine, as apartheid SA did in the past 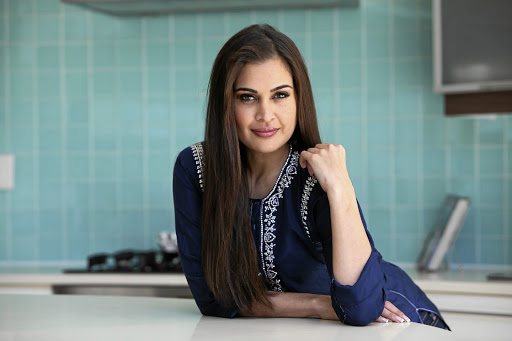 South African model and actress Shashi Naidoo was prevented by Israel from entering Palestine, an action the writer criticised as being driven by Israel's paranoia and malice.
Image: JAMES OATWAY

When model and actress Shashi Naidoo was barred from entering Palestine this week I couldn't help thinking: "Wait a minute, I think I've seen this movie before!"

The sense of déjà vu, I soon realised, stemmed from the fact that Naidoo's experiences in the Middle East were a replay of what happened to hundreds of outspoken people who were barred from entering South Africa at the height of apartheid. The government of the day was convinced that what it was doing - killing and jailing opponents, but also sending some into exile - was God's plan and anyone who questioned it had to be punished.

Naidoo joins a growing list of South Africans who have been denied passage to Palestine including Archbishop Desmond Tutu, Transport Minister Minister Blade Nzimande, World Council of Churches leader Isabel Phiri and many other South Africans.

For the record Israel, which controls access to Palestine, barred Naidoo from entering Palestine on a fact-finding mission about the conflict between two territories.

Like the apartheid government which sanctioned raids into neighbouring countries such as Botswana and Lesotho, and the kidnapping of its "enemies" in Swaziland and Zimbabwe, Israel takes a keen interest on which foreign personality wants to go to Palestine.

They are always having nightmares about people conspiring against them and the best thing they can do to stem the tide of criticism is to control access to Palestine.

In 1965, apartheid South Africa made a mistake by allowing into the country a person who later turned out to be an outspoken critic of apartheid atrocities. His name was Joseph Lelyveld, a foreign correspondent of the New York Times.

After he'd been kicked out of South Africa for his exposés on apartheid, he wrote the seminal book Move Your Shadow: South Africa in Black and White which came out in 1986 and proceeded to win the coveted Pulitzer Prize for literature.

The book opens with the hard-hitting lines: "When they are out to demonstrate their decency and goodwill, to themselves as well as others, white South Africa's racial theorists are inclined to lose themselves in a riot of euphemisms, analogies, and fatuous forecasts. A lot of words get spilled as the urge to be understood lashes with an aversion to being understood too well."

It's an observation that can be used about Israel: in the face of atrocities they commit against the Palestinians, they create an impression they are the ones being wronged. So they issue statements on why foreign observers perceived as unfriendly cannot be allowed into Palestine. Siege mentality.

The South African Jewish Board of Deputies has released a statement in which it sounds just like apartheid government apologists of old: "The BDS [Boycott, Divestment and Sanctions] is based on the premise that Israel should be boycotted until it ceases to exist as a Jewish state.

"Many of the campaigns the organisation initiates in have resulted in blatant anti-semitic incidents."

The venom stemmed from the fact that Mandela and his followers were opposed to apartheid. Today's Israeli opposition to BDS and its supporters is fuelled by the latter's stance on Palestinian suffering.

It is as simple as that. If the Israelis have nothing to hide, why do they keep barring people from entering Palestine?