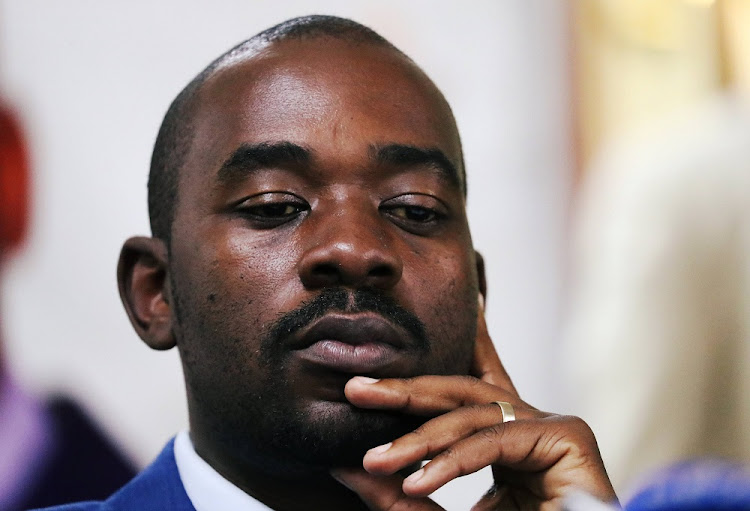 Former President Robert Mugabe said he would vote for Zimbabwe’s opposition in Monday’s election, turning on one-time allies in the government ahead of the first vote since they ousted him in a de facto coup.

The election will see 75-year-old President Emmerson Mnangagwa, a long-time Mugabe ally, face 40-year-old Nelson Chamisa, a lawyer and pastor who is vying to become Zimbabwe’s youngest head of state. Polls, which are unreliable, give former intelligence chief Mnangagwa only a slim lead over Chamisa, making a runoff on September 8 a possibility.

Mugabe, whose 37-year rule came to an end when he was forced to resign in November, told reporters at his mansion in Harare on Sunday that Mnangagwa’s government was unconstitutional and ruled by the gun. “I hope the choice of voting tomorrow will throw, thrust away the military government and bring us back to constitutionality,” said a frail looking Mugabe, in a rambling off the cuff speech that lasted almost an hour. “I said I can’t vote for those who have caused me to be in this situation ... so there is Chamisa left.”

Mugabe, one of the last “Big Men” of African politics, still looms large over Zimbabwean politics and he may yet influence the first vote without his name on the ballot paper since the country gained independence from Britain in 1980. Though he became increasingly unpopular with most Zimbabweans as mismanagement and corruption sent the economy into decline, he retains support in his rural heartland where supporters remain bitter about the manner of his removal.

“Let tomorrow be the voice of the people to say never again shall we experience a period where the army is used to thrust one person into power.”
News
3 years ago

Mnangagwa, known as “the crocodile“, an animal famed in Zimbabwean lore for its stealth and ruthlessness, was removed as vice president by Mugabe last November to make way for his wife, Grace, to seize power, analysts say. This was too much for army generals who rolled military vehicles through the streets of Harare and kept Mugabe under house arrest until he resigned facing imminent impeachment.

Mugabe on Sunday said it was “total nonsense” that he wanted his wife to succeed him and claimed that he was preparing to resign at a ZANU-PF congress in December. Such is the draw Mugabe retains even seven months after stepping aside, he became the focus of questions at a parallel press conference held by Chamisa. “Mr. Mugabe’s wishes are his wishes.

I am going to accept any voter with open hands. The more the merrier,” Chamisa said in response to a question about Mugabe’s endorsement. Elections under Mugabe were often undermined by violence, rigging and voter intimidation. Chamisa’s Movement for Democratic Change (MDC) has already cast doubt on the election process, accusing the Zimbabwe Electoral Commission (ZEC) of bias.

There have been reports of intimidation and coercion, and state media is biased towards the ruling Zimbabwe African National Union-Patriotic Front (ZANU–PF). But there is consensus that the process has been better than before. Mnangagwa has welcomed in foreign media and international observers from the EU, United States and the Commonwealth, while opposition parties have been freely allowed to campaign.

If Chamisa disputes the result or no one candidate gets more than 50% and there is a runoff, there are fears of street protests and possible violence. Dozens of people were killed in the lead up to a runoff in 2008 between Mugabe and MDC founder Morgan Tsvangirai, who died in February. Tsvangirai pulled out of the contest before the vote in an effort to end the bloodshed.

“A run-off election is becoming more probable, which also increases the risk of violence as it has in previous election cycles,” said Robert Besseling, analyst at EXX Africa. “Although an outbreak of widespread violence as in 2008 is not expected ... incidents of localised violence are increasing in frequency and intensity.”