Manqele walks out of jail with honours degree 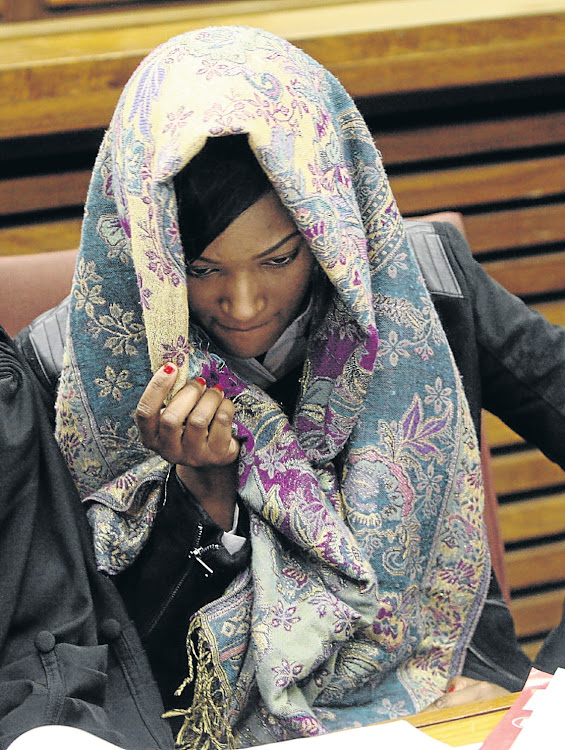 Sindisiwe Manqele is seen in this file picture covering her head with a scarf when she appeared in the Randburg Magistrate's Court on September 7, 2015 in connection with the murder of rapper Nkululeko "Flabba" Habedi. Manqele was on Tuesday release on parole.
Image: Sowetan / Antonio Muchave

Sindisiwe Manqele, the woman who was sentenced to 12 years for killing her then rapper boyfriend Nkululeko "Flabba" Habedi in 2015, has been granted parole.

"The decision was taken by the correctional supervision and parole board (CSPB) having assessed Manqele’s profile as submitted by the case management committee and other material presented for the purposes of parole consideration," said Nxumalo.

Manqele was found guilty of murdering Habedi in December 2015 and sentenced to 12 years imprisonment in March 2016.

Nxumalo said in arriving at its decision the parole board further took into consideration that Manqele "has a positive support system".

"Her parole placement is in line with section 73 of the Correctional Services Act, which determines the minimum period of sentence that must be served before consideration may be granted for possible placement.

"Manqele takes responsibility for the offence she committed and is remorseful about it. She completed all the identified programmes as per her correctional sentence plan and participated in victim-offender dialogue in 2018," said Nxumalo.

In the same year she graduated from the University of South Africa with an honours degree  in business management while in prison.

Nxumalo said during her parole period Manqele will be under supervision until the end of her sentence.

“It is critical to highlight that parole placement is not the end of the sentence as Manqele will complete the remainder of the sentence in the system of community corrections where she is expected to comply with a specific set of conditions and will be subjected to supervision until her sentence expires on May 23 2028.

“Parole placement forms part of the total rehabilitation programme in correcting offending behaviour and may include continuation of programmes aimed at reintegration whilst in the system of community corrections,” said Nxumalo.

Habedi, who was affectionately known by his stage name Flabba, was stabbed to death in March 2015 by Manqele after an altercation at his home in Alexandra, Johannesburg. He was 37 when he died.

Flabba was a member of hitmaking hip-hop group Skwatta Kamp.

In 2007 he was a recipient of the best rap album at the SA Music Awards.