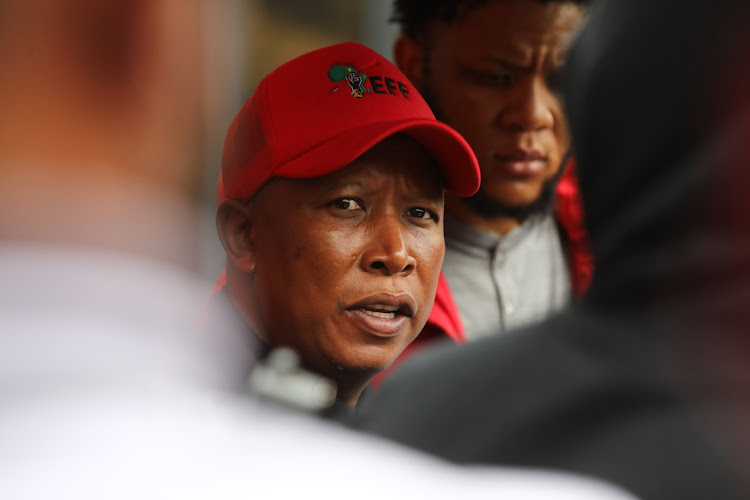 EFF leader Julius Malema has added his voice to calls for chief justice Raymond Zondo to be held to account for suggesting President Cyril Ramaphosa’s election saved the country.

In part 4 of the state capture report released two weeks ago, state capture inquiry chairperson Zondo said the National Treasury would have suffered irreparable damage had it not been for the ANC conference in 2017 that elected Ramaphosa to take over from former president Jacob Zuma, SowetanLIVE's sister publication TimesLIVE reported.

Addressing the media on Monday, Malema lambasted the remarks, saying they were an endorsement for Ramaphosa’s second term when the party holds its elective conference in December.

“Zondo is a factionalist who supports Ramaphosa’s second term. That’s why he saw it necessary for him to put that Ramaphosa’s election in the ANC rescued us from where we were. He’s effectively saying if you don’t elect Ramaphosa this December, we are going to be in trouble,” said Malema.

The red berets' leader said Zondo had entered political terrain and as result should be taken to task, as was the case with his predecessor Mogoeng Mogoeng.

Parliament’s legal services say there is nothing stopping MPs from processing the state capture commission reports, especially the sections ...
News
1 month ago

“When a chief justice, no less, says a candidate for the presidency of the ruling party saved the country from ‘more damage’, that political comment carries significant political weight with voting delegates and potential political donors. This is what has moved me to lodge this complaint,” Yengeni said.

Malema lauded Yengeni’s bravery for adopting what he called a strong stance against a “celebrity wanna-be chief justice”.

“The conduct committee of the JSC must make sure Zondo is disciplined, the same way they did with the previous chief justice [Mogoeng] when he descended into the terrain of politics.”

Malema said Zondo had gone beyond the limit in expressing his “political view” when he should be respected for his judgments.