As the race to be SA's next top cop heats up, police minister Bheki Cele takes a jab at the former national commissioner 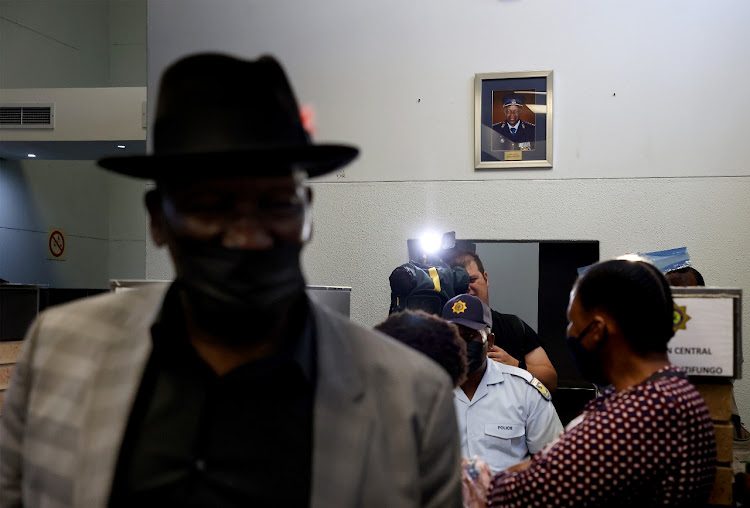 Police minister Bheki Cele on Thursday took a dig at outgoing national commissioner Gen Khehla Sitole  during a media briefing in Durban, emphasising he did not have a preferred candidate to replace Sitole, but whoever it was needed to be someone he could work with.

Cele and Sitole's love-hate relationship has been an open secret that has over the years manifested into an exchange of words between the two top cops regarding how the country's police should be managed.

“I have no preference. If I get a national commissioner, whoever that is, so long as we work together, I will be happy [sic],” Cele said.

Last month President Cyril Ramaphosa announced that he had “terminated the employment contract” of Sitole, with effect from March 31.

In a letter to Ramaphosa in June 2021, the SA policing union outlined how the pair's public spats had been “much to the embarrassment of the nation”.

“The spat started soon after the minister was appointed to his current portfolio and his insistence in being addressed as 'General Cele' and his scolding of the national commissioner for issuing an instruction that the minister must be addressed as 'honourable minister',” the letter signed by general secretary Tumelo Mogodiseng read.

Growing tensions did not bode well for the country leading into the July unrest which resulted in widespread looting in KwaZulu-Natal and Gauteng, and more than 300 people dead.

Cele publicly threw Sitole under the bus by placing the blame for the police’s inability to quell the July 2021 riots on him.

A report by the Sunday Times revealed Sitole was given his marching orders because of his political links and concerns that he may not implement the recommendations of the Zondo state capture commission, according to a senior source in the Union Buildings.

“We removed Khehla because, first, he will not implement the recommendations of the Zondo commission because his name is mentioned. Second, he is too loyal to DD (David Mabuza), Ace [Magashule], and [Fikile] Mbalula,” the source said.

“They worked closely with Mbalula towards the 2017 ANC conference. His relationship with DD dates back to the days he was working in Mpumalanga before he moved to the Free State. He is very close to Ace because he was based in the Free State.”

The source said the presidency was going to give Cele “space to appoint someone he trusts”.

While a number of names have been thrown into the hat to replace Sitole, KZN provincial commissioner Lt-Gen Nhlanhla Mkhwanazi — who has been dubbed as one of the front runners in the race for SA's top cop — would not be drawn to comment on the matter when questioned by TimesLIVE.

Mkhwanazi laughed off the notion that he could be considered as a possible replacement for Sitole, having served as acting national commissioner between 2011 and 2012.

The police ministry said the imbizo seeks to strengthen working relations between law enforcement and community members to ensure both are equipped ...
News
5 months ago

‘I will happily go’: Bheki Cele says he’s willing to resign, but only if asked by Ramaphosa

"I believe if somebody can do better, they must come and do that," said Cele.
News
5 months ago
Next Article