‘I will happily go’: Bheki Cele says he’s willing to resign, but only if asked by Ramaphosa 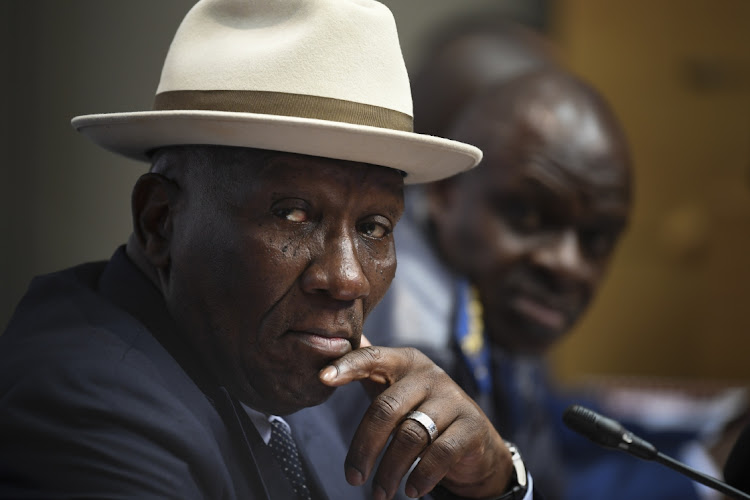 Police minister Bheki Cele says he is willing to resign from cabinet, but only if asked to do so by President Cyril Ramaphosa.

Calls from political parties, including the DA and EFF, have been mounting for Cele to resign after a report found the SA Police Service responded poorly to the unrest and looting in July last year.

The unrest was sparked, among other things, by the imprisonment of former president Jacob Zuma for contempt of court. It started in KwaZulu-Natal before spreading to Gauteng.

A total of 354 people died during the unrest and more than R50bn was lost to the economy.

Speaking on eNCA’s Power to Truth with JJ Tabane, Cele said he would happily step down, but only if Ramaphosa made the call.

“I don’t employ myself. I believe if somebody can do better, they must come and do that,” said Cele.

“The president doesn’t even have to ask me to resign. He can just ask me to go and I will go, happily so.”

The Socio-Economic Rights Institute (Seri) has called for the urgent implementation of the Panel of Experts Report on Policing and Crowd Management ...
News
5 months ago

Last month, the EFF and DA called for Ramaphosa to remove Cele as minister after he announced he had removed Gen Khehla Sitole from his position as national police commissioner. The termination takes effect on March 31.

The EFF was unimpressed with the decision and claimed Cele’s head should have been on the chopping board.

“The termination of the employment of Sitole is yet another instance of misfiring by Ramaphosa that is based purely on factional interests,” said the EFF.

“Sitole has become a casualty of Ramaphosa’s cowardice and attempt to please his henchman Cele, who is the central problem in the crisis confronting the police service.”

It called Cele “egotistical” and claimed everyone in the police service is forced to “abide by his desires”.

The DA said the details about Sitole’s dismissal are scant and the public deserves to know whether a golden handshake was given.

“While Sitole’s removal is welcomed, minister Cele must follow suit if the president is serious about starting the hard work of rebuilding trust and credibility in the police,” said the DA.

“The tit-for-tat political spat between Sitole and Cele has rendered the police service ungovernable. A complete overhaul at the very top is necessary to undo the damage caused by both men.”

Do you trust intelligence and security forces to prevent a repeat of the July unrest?
Next Article