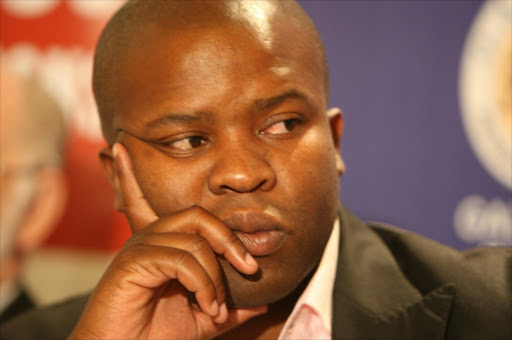 Lebogang Maile has been warned not to meddle in the council issues of the City of Joburg.
Image: Mabuti Kali

DA leader John Steenhuisen has warned Gauteng co-operative governance and traditional affairs MEC Lebogang Maile not to interfere in the issues of the City of Johannesburg council.

This after Maile wrote to council speaker Vasco da Gama demanding answers for Thursday's chaotic meeting that resulted in criminal complaints being made against members of the ANC and EFF at the Hillbrow police station.

He said the DA led a multiparty coalition and would not hesitate to repeat what it did in Tshwane after Maile placed the city under administration.

The party took Maile to court and won.

“We were able to win in the Constitutional Court and his action was declared illegal. There is a separation of powers in government and there is the independence of the spheres of government.

“Maile should have his hands full dealing with many councils in Gauteng that are completely dysfunctional and are mostly ANC-led. It is wrong for another sphere of government, in an unwarranted way, to interfere in a council.

"If he tries to intervene again, we will waste no time like we did in Tshwane and challenge that intervention,” Steenhuisen said.

Sauls said his party had made it clear that it would side with anyone who gave them enough power to ensure service delivery for their constituents.

“As things stands officially, we are in a power-sharing arrangement with the DA-led coalition and the talks are still ongoing,” he said.

The Joburg council is led through a multiparty coalition government consisting of the DA, ACDP, ActionSA, FF Plus and the IFP.

With the PA joining in, this brings the total number of seats the party has to 140 out of 270 seats, ensuring a clear majority.

Sauls would not be drawn into commenting on which portfolios the PA was negotiating for.

Security measures have been put in place to ensure the chair of chairs vote takes place in the City of Johannesburg council on Tuesday, and if there ...
News
3 months ago

The Patriotic Alliance (PA) has entered into a power-sharing agreement with the DA-led multiparty coalition in the City of Johannesburg.
News
3 months ago
Next Article