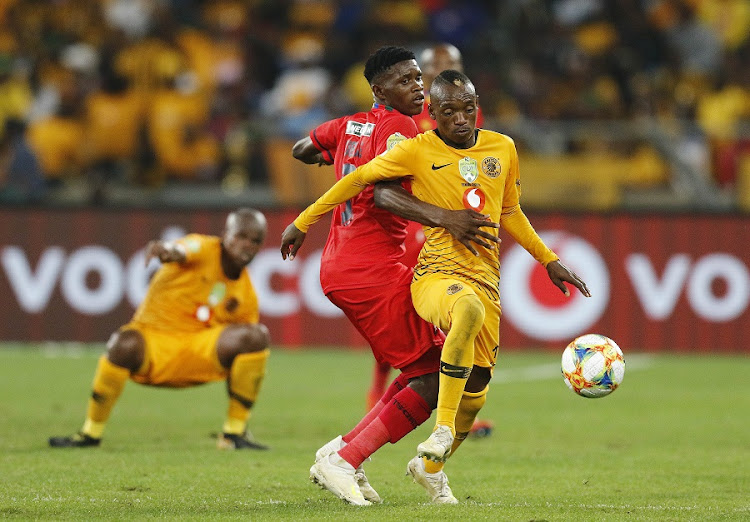 Khama Billiat of Kaizer Chiefs and Bathusi Aubaas of TS Galaxy during the Nedbank Cup final win at Moses Mabhida Stadium on May 18 2019. Chiefs and Galaxy have been drawn to meet in the last-32 of the 2022 Nedbank Cup.
Image: Anesh Debiky/Gallo Images

Kaizer Chiefs were handed a tough draw that also will make for a notable rematch in the Nedbank Cup when they were pitted against TS Galaxy in the last-32 on Wednesday.

Galaxy, then National First Division upstarts, became the first team from the second tier to win the Nedbank when they shocked Ernst Middendop's Chiefs 1-0 in the final at Moses Mabhida Stadium in May 2019.

The encounter between Amakhosi, at present the fourth-placed DStv Premiership team, against Galaxy, who have since entered the top-flight by purchasing the franchise of Highlands Park and are in last place, is eye-catching. It was Orlando Pirates, though, who were handed arguably the toughest draw of the big three.

Bucs, in second place when the Premiership went into its break for Christmas and the Africa Cup of Nations, were matched against Benni McCarthy's AmaZulu, who are in fifth place in the league.

Mamelodi Sundowns were handed arguably the easiest last-32 match-up of SA's big three. Their trip to meet GladAfrica Championship Richards Bay FC could be  trickier than appearances suggest, though, as Amabhubesi lead the second-tier and are tough to beat in their northern KwaZulu-Natal stronghold.

Kaizer Chiefs have given winger Dumisani Zuma a second chance, allowing him to be part of the playing squad again.
Sport
4 months ago