'Our aim is to secure our status for next season' 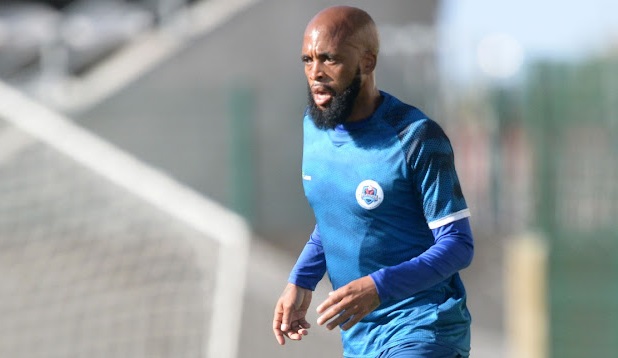 Oupa Manyisa is one of the senior players at North West based Platinum City Rovers in the GladAfrica Championship.
Image: Backpagepix

Platinum City Rovers skipper Olaleng Shaku has spoken about the significance of going far in the Nedbank Cup amid their inconsistency in the GladAfrica Championship.

Rovers host Cape Town Spur in the Nedbank Cup preliminary round at Olen Park tomorrow (3pm). Shifting focus from the league to a cup competition may be a tricky task for a team like Rovers, who’ve won two of their last three games with three defeats.

Nevertheless, Shaku is of the view that doing well in the Nedbank Cup can also help their league form as they just target to stave off relegation. Bakone are ninth on the log with 24 points, seven points behind log-leaders Richards Bay after 16 rounds of matches.

“The Nedbank Cup is very important for us. We want to go to the last 32, that’s our immediate goal. I think going far in this cup can also help us to do well in the league, given that our confidence would be boosted,’’ Shaku told Sowetan yesterday.

“Our target at the start of the season was just to secure our status for next season. Maybe in two, three seasons we can start thinking about winning promotion. So the Nedbank Cup won’t necessarily tamper with our initial targets.’’

Shaku, who skippered Baroka at some point, also opened up about the role him and other seniors like Oupa Manyisa and their top-scorer Thabiso Nkoana, who boasts four league goals, play to help the younger players at the North West-based outfit.

“As a senior player, I have a responsibility to make sure that I motivate the younger ones and I embrace that role. We have a lot of inexperienced players who played in lower leagues before, so they need our guidance,’’ said Shaku.

“Luckily, we have guys like Manyisa and Nkoana who play a pivotal role in making sure our younger teammates stay on the right path as well. We always preach discipline to them.’’

GladAfrica Nedbank prelim round fixtures (all at 3pm)

A new competition, driven by public voting, will fill a glaring gap in the calendar at the end of next month while the DStv Premiership is on hiatus ...
Sport
5 months ago

Dan Malesela is satisfied with the progress Marumo Gallants have made since he took over last month.
Sport
5 months ago

While winning back-to-back matches has proven hard to achieve for Orlando Pirates this season, co-coach Fadlu Davids is eyeing consistency after ...
Sport
5 months ago
Next Article