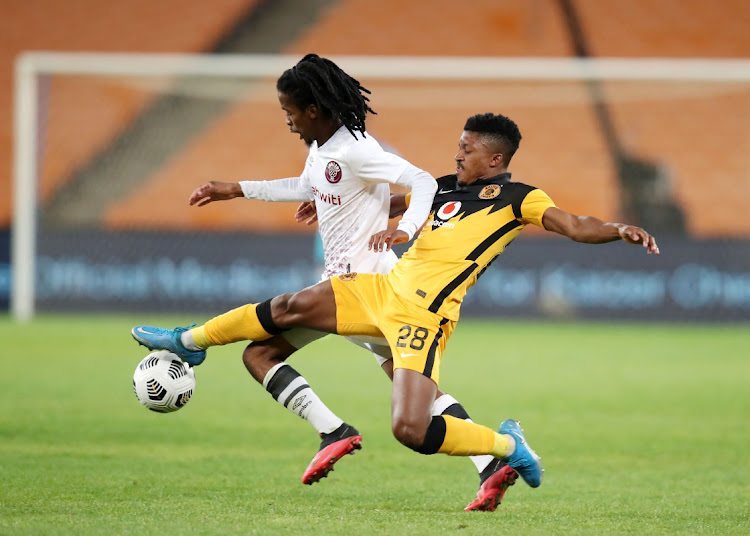 Kaizer Chiefs have given winger Dumisani Zuma a second chance, allowing him to be part of the playing squad again.

This has been revealed by a source within the club. Chiefs suspended Zuma, 26, from all football activities for allegedly driving under the influence of alcohol in November.

“Zuma is back with the team. I saw him training with the rest of the squad on Monday. They have given him a lifeline to showcase his talent again. He’s still going through the rehabilitation process. It looks like the club deducted a certain amount of money from his salary as a fine,’’ said the source.

As much as she conceded he was back training with the team, Zuma’s agent Basia Michaels insisted she wasn’t at liberty to give more details on the matter.

“Yes, he [Zuma] is training with the team again but I don’t think it’s for me to comment further when Chiefs have published every step of the way. I am not at liberty to give more details,’’ said Michaels yesterday.

Amakhosi spokesperson Vina Maphosa couldn’t confirm nor deny that the club has welcomed Zuma back, reiterating they’ll issue a communiqué when time is permitting them to do so.

“If we don’t report something, you can go with the report that you have. We will make a statement when it’s the right time. The league is on recess, so we’re not under pressure to give an update on this matter,’’ said Maphosa.

In November, Chiefs disclosed in a statement that a disciplinary hearing was held to address Zuma’s matter, adding they intended to send the lad from Pietermaritzburg to rehabilitation.

“A disciplinary hearing was held to deal with the matter relating to Kaizer Chiefs midfielder, Dumisani Zuma. An independent chairperson presided over the hearing process,’’ said Chiefs’ statement at the time.

“Following the hearing and the recommendations made, Mr Dumisani Zuma will be disciplined in line with the company’s disciplinary code. He has been suspended from club activities and will attend rehabilitation.”

A former Bafana Bafana coach, a Kaizer Chiefs goalkeeper, an Orlando Pirates defender and an ex-Pirates coach will be in the mix for a distinctly SA ...
Sport
4 days ago

After becoming the first team in the MultiChoice Diski Challenge to register a seventh straight win following a hard-fought 3-2 victory over Mamelodi ...
Sport
5 days ago

Orlando Pirates midfielder Nkanyiso Zungu’s agent Mike Makaab has opened up about the player’s possible exit from the Buccaneers.
Sport
5 days ago
Next Article