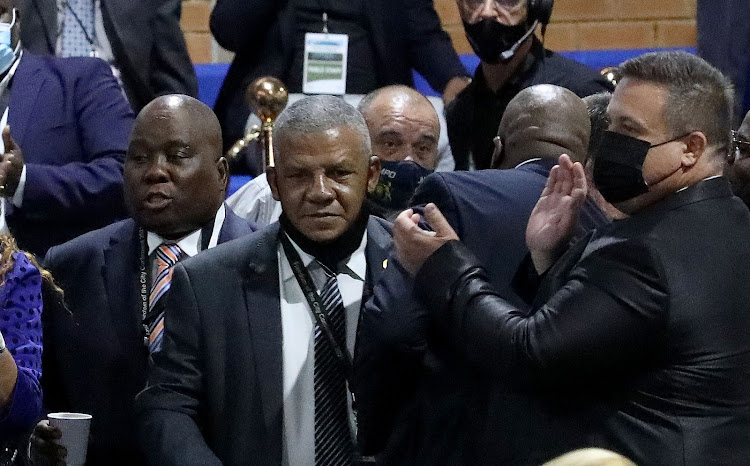 DA councillor Vasco da Gama has been elected speaker of the City of  Johannesburg council.

Receiving 147 votes out of  265 votes cast, da Gama emerged victorious with the DA erupting in cheers when Joburg acting city manager Floyd Brink made the announcement late on Monday.

The ANC's Eunice Mgcina, who was the second person nominated for the position received 118 votes.

The DA has 71 seats in council and would have needed support from other parties to secure the win.

Not all councillors were present during the meeting with Brink having announced earlier that only 267 councillors had signed the register.

Five hours in the City of Johannesburg's first council meeting following the local government elections, all it had managed to achieve was swear in all 270 councillors.

Earlier Monday, between adjournments and lunches, it was only after 3pm where councillors went to the various caucus rooms to deliberate on who to nominate for the positions of speaker.

Seen constantly in her phone, DA federal chair Helen Zille did not look too happy as she fielded calls and conducted media interviews.

PA leader Gayton McKenzie was the picture of calm as he walked about talking to close allies and also conducting media interviews.

Speaking during an interview, Zille said the DA was calm and that there had been many interesting results around the country.

Of the surprises of the day was the EFF voting alongside the DA and Freedom Front Plus in Nelson Mandela Bay.

Speaking on this, Zille said tee DA had never asked the EFF for votes.

"I want to be very clear, we have not in any way solicited the vote of the EFF. However their vote is their decision entirely. Where I've been asked to vote for the EFF to keep the ANC out I've said no. We do not go into negotiated voting blocs with the EFF. We obviously can't dictate to them how they vote or solicit their support," Zille said.

The ANC will nominate Mpho Moerane as its mayoral candidate for Johannesburg, the party said on Sunday evening.
News
1 week ago

Action SA leader Herman Mashaba yesterday hit out at the DA for labelling him an EFF lackey, a central claim behind its refusal to back him for mayor ...
News
1 week ago
Next Article