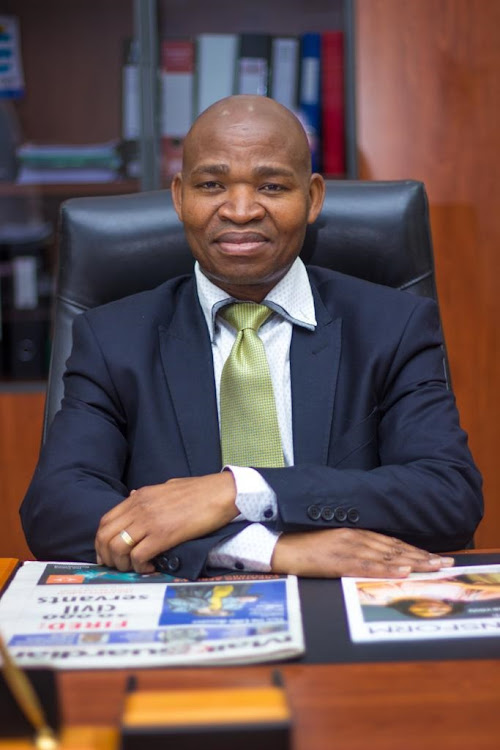 Mogale City mayor Naga Patrick Lipudi died on Sunday morning after a short illness at the age of 59.

He was admitted to Helen Joseph Hospital on Saturday.

“The family is devastated by this sudden death of a father and a pillar of strength to the wife and kids,” he said.

Funeral arrangements would be confirmed once a family meeting had taken place.

Gauteng MEC for cooperative governance and traditional affairs Lebohang Maile said they were saddened by the news of Lipudi’s death.

“On behalf of the Gauteng provincial government we extend our heartfelt condolences to the Lipudi family; his colleagues in exco and his organisation, the African National Congress”, said Maile.

He said Lipudi has died at a time where the Gauteng government is working hard to strengthen co-operative governance to expedite  service delivery in communities, especially in poor and working-class communities.

The DA has expelled its councillor in the Mogale City for allegedly removing herself from the constituency WhatsApp group.
News
3 years ago

“His sudden death is not only a tragic reminder that we are not immortal as human beings, we are all one day going to face death’s wrath, but his departure from the land of the living robs the community of Mogale City of one of its upright, incorruptible and humble servants, who was dedicated to the service of the people”, said Maile.

Lipudi became mayor in June 2017 after the ANC wrested back control of the municipality from the DA, with allegations that DA councillors had betrayed their party in an earlier motion of no confidence.

Lipudi was the third mayor to be elected since the previous August, replacing Michael Holenstein, who had himself replaced the DA’s Lynn Pannall, who resigned due to ill health.

At the time, DA councillors were asked to undergo lie detector tests voluntarily to determine who had voted with the ANC. DA councillor Brandon May did not go through with the test and instead sent his letter of resignation to Lipudi, who had been the speaker prior to becoming mayor.