Dreams of a white Christmas for Western Cape on ice 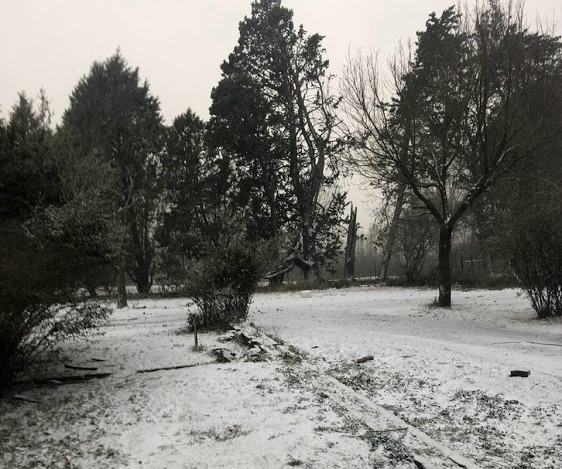 It now appears unlikely that the Western Cape will have a white Christmas after all.
Image: Hannes Aucamp

Cape Town residents may have to put their dreams of a white Christmas on ice.

That’s after Snow Report SA’s preliminary prediction of snow lightly dusting the mountain peaks of the Western Cape between Christmas evening and the Day of Goodwill had hopes raised this week.

However new data that later emerged indicated big changes in the moisture and freezing levels which — according to Snow Report SA’s Richard Le Sueur — are the “two biggest factors that affect snowfall”.

“So at this point the chances of snow in the Western Cape at Christmas are not looking very good anymore, despite the fact that snow has fallen on Christmas before,” said Le Sueur.

He said if there was snowfall on Christmas day, it would not be the first for the Western Cape.

“About 15 years ago or so there was a snowfall on Christmas Day that was visible from the N1 in the Hex River Valley for days afterwards,” he said.

The worst of the rainfall and flooding is over for now, says weather service

After days of heavy rainfall that resulted in flooding in several areas, the SA Weather Service on Tuesday said the worst was over.
News
2 years ago

Matshidiso Mogale, a forecaster based at the SA Weather Service in Cape Town, said a weak cold front did not make for conducive snow conditions.

“The freezing levels are too high for any snow formation. It’s very, very unlikely that we will experience snow during those days,” she said.

The search for snow comes on the back  of a white Christmas index study by international apartment search engine Nestpick.com which revealed that December snow days in northern hemisphere cities have been falling since 2009 and by 2050 could be nearly non-existent.

“Weather is one of the key elements that attracts people to a certain city, so Nestpick has a keen interest in how climates are predicted to change in the future,” said Omer Kucukdere of Nestpick.

Using data from the weather stations of 40 cities including Helsinki, Toronto, Berlin, St Petersburg and Prague, the average number of days in December with snowfall were calculated between 2008-2018, to determine whether snowfall had increased, decreased or remained the same in the last ten years.

Beachgoers told to 'take care' ahead of expected rough seas

The SA Weather Service has warned residents and visitors to the coast to be cautious ahead of expected spring tides bringing rough seas this week.
News
2 years ago

Predictions of potential snowfall in December 2050 were then based on a climate change research paper from ecologist at the University of Ghent Jean-Francois Bastin. The paper shows how 77% of future cities are very likely to record declining levels of snowfall in December.

“While the methodology is simplistic, the results highlight a clear trend towards warmer climates in the northern hemisphere,” said Kucukdere.

Some of the cities with the largest reduction in average December snow days between 2009 to 2013 and 2014 to 2018, include Helsinki, Hamburg, Oslo, Munich, Montreal, Prague, Stockholm, Copenhagen and Berlin.

“While we’re not suggesting that our study is by any means an exhaustive analysis into future weather patterns or scientific climate prediction, our simple approach still reveals an overall trend for warmer Decembers in the northern hemisphere.

“For future generations, this means that a white Christmas may become something that exists only in Hollywood films and old photos. We chose to highlight December specifically because of the historic and cultural idea in the West that a traditional Christmas must be covered in a blanket of snow.

“If festive snowfall in these cities becomes a thing of the past, it will be interesting to see the impact it may have on our very concept of what Christmas looks like,” said Kucukdere.

A reading conducted on Monday morning showed the level of the Vaal Dam at 39.5%
News
2 years ago

The SA Weather Service issued a warning of possible flooding due to heavy rains in the North West on Thursday.
News
2 years ago
Next Article