Mboweni off to court, Mkhwebane to write a letter over DG's traffic offence 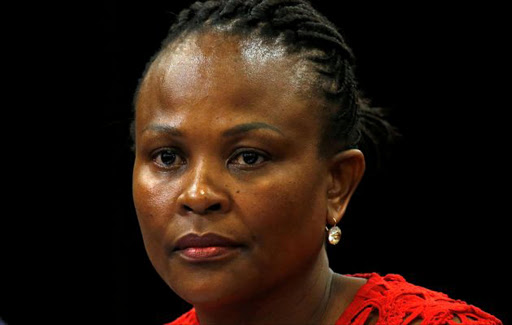 Public protector Busisiwe Mkhwebane said Treasury director-general Dondo Mogajane lied when he failed to disclose a conviction for a traffic offence. Mogajane's boss, finance minister Tito Mboweni, expressed his lack of confidence in Mkhwebane and has taken the matter on review. Peeved, Mkhwebane says she'll be writing a complaint to the president.
Image: Reuters

Mboweni filed the application at the North Gauteng High Court.

Mkhwebane, in a report last year, said that Mogajane had lied about having a criminal conviction when applying for the position. She recommended that remedial action be taken.

However, two weeks ago Mboweni expressed his lack of confidence in Mkhwebane while responding to a question during a pre-budget media briefing.

Police minister Bheki Cele and the Treasury were among 50 government officials and organs of state that were named by public protector Busisiwe ...
News
3 years ago

During the briefing, Mboweni affirmed that he still had full confidence in Mogajane, and intended to take Mkhwebane's findings against Mogajane – who failed to disclose a criminal conviction when applying for his job – on judicial review.

In her report, Mkhwebane found that Mogajane had failed to declare a traffic offence conviction when he was being considered for the position of treasury director-general.

Mkhwebane hit back at Mboweni, saying that she would be writing to President Cyril Ramaphosa and parliamentary speaker Baleka Mbete to "report ministers who interfere with the functioning of her office in violation of the constitution".

A statement released by Treasury on Friday said Mkhwebane's findings were arbitrary and irrational.

Mboweni argued that Mkhwebane's remedial action was "inappropriate in that it infringes the doctrine of separation of powers".