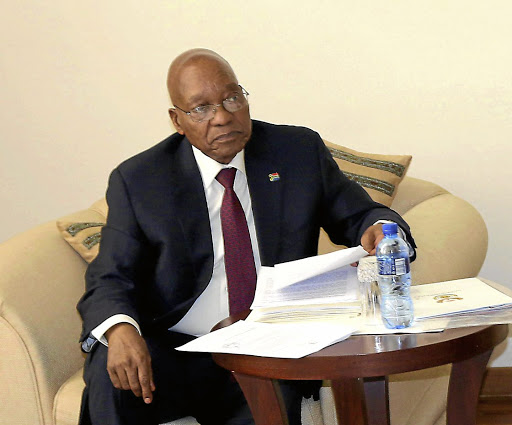 The ANC's national working committee (NWC) has mandated the party's top six officials to tell President Jacob Zuma to resign before the end of the week.

The 26-member NWC, which is dominated by ANC president Cyril Ramaphosa's allies, has recommended that Zuma should voluntarily resign immediately or face impeachment in parliament.

A subcommittee of parliament's rules committee is working on parliamentary rules for the impeachment of a president.

Sowetan understands that Zuma's future was one of the issues discussed at the NWC meeting at ANC headquarters at Luthuli House in Johannesburg on Monday. An insider said the NWC asserted the position of the national executive committee that the top six officials should handle the matter.

There has never been such a strong call from within the ANC for Zuma to step down. Even Zuma's key allies, the Umkhonto weSizwe Military Veterans' Association (MKMVA), appear to have backed off from their position that Zuma should see out his term.

Given that the ANC top six officials, who include Ramaphosa and secretary-general Ace Magashule - one of Zuma's strongest allies - are divided over whether the president should leave office, the latest development could divide them further.

Another insider said the opposition EFF was planning to table a motion of no confidence against Zuma in parliament.

"We have written to that effect to the National Assembly Speaker Baleka Mbete. She has acknowledged our letter," said EFF spokesman Mbuyiseni Ndlozi.

ANC Veterans League president Snuki Zikalala said Zuma should be given the option to resign.

"There are court cases about our president and there is an impeachment bill coming. The president must be given the opportunity to sit and digest these things because the situation is currently untenable," Zikalala said.

"Everything should be done as humanely as possible. We don't want a forced resignation. We support the decision that the top six officials should handle the transition."

Zikalala said Zuma's departure would depend on the discussion between him and the top six officials.

ANC spokesman Zizi Kodwa was not immediately available for comment.