Wits researchers get funding for their depression screening app 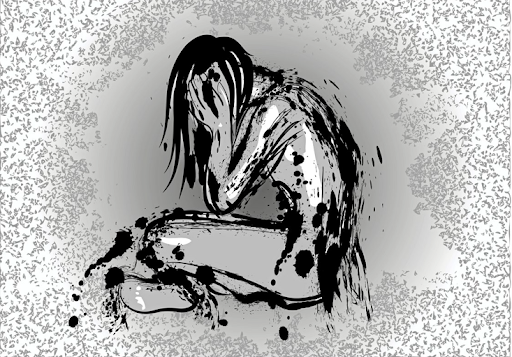 The tool is being developed by psychology researcher and PhD candidate Tasneem Hassem and co-founder Prof Sumaya Laher.

According to a Wits Enterprise statement on Monday, the duo were awarded R100,000 to advance the development and commercialisation of the first validated online depression screening tool suitable for the South African context.

This is after their innovation was chosen from eight final pitches of the latest Prospector@Wits course run by Wits Enterprise.

The tool was developed over four years as part of Hassem’s PhD studies in psychology and offers an “empathetic and unintimidating” first step towards recognising, understanding, and seeking help for depression.

Hassem said the online screening tool answers a need for greater awareness of depression in SA by helping people to identify their symptoms in the comfort of their homes and empowering them to start the treatment conversation without stigma, and without waiting for a professional consultation to interpret screening results.

Covid-19 has worsened depression with on average 50-60% of young people living in Sub-Saharan Africa experiencing negative feelings and poor ...
News
10 months ago

As a consequence, the statement said, depression often goes undiagnosed and untreated in SA and treatment is further compromised by social stigma attached to diagnosis and treatment, lack of awareness of symptoms, and the inaccuracy of depression screening tools.

“During the past 18 months of the Covid-19 pandemic, the situation has been worsened as the effects of lockdown have affected physical, financial and emotional wellbeing, increasing the incidence of depression,” said the statement.

Hassem, who is completing her PhD titled “Adapting an online screening tool for major depressive disorder in SA” says, “Unfortunately, low awareness of the symptoms of depression means that many people do not know when they are depressed. During our research and through interviews with stakeholders, we determined that an online screening tool would help raise awareness of depression, reduce the stigma and facilitate quality conversations between people and health professionals,” she said.

Hassem and Laher, who is the head of the department of psychology at the university and a past president of the Psychological Society of SA, conducted a systematic review in 2019 of online depression screening tools for use in the South African context.

Hassem added, “Our tool is specifically adapted to capture the unique depression symptoms experienced by South African individuals. The user receives instant, downloadable feedback that provides resources for seeking treatment or care and can be used in the comfort of one’s home, on any smartphone, tablet, laptop or computer.”

Hassem said adapting the tool was challenging as they had to consider ethical principles associated with online mental health screening, cultural appropriateness and the fact that the majority of the tool’s potential users are not first-language English speakers.

“Piloting the tool on a representative South African sample was a key challenge as the pilot study was conducted during the Covid-19 pandemic while hospital access was restricted. We had to rely on healthcare professionals to circulate information of the study to potential participants,” said Hassem.

Anne Gabathuse, senior innovation support manager at Wits Enterprise, said Laher and Hassem fulfilled the categories required for consideration for the funding despite the challenges posed by the pandemic.

“We look forward to seeing the online tool in the market where it has potential to positively influence the lives of people with depression by improving understanding and facilitating conversations that empower them to seek help,” she said.

“What is exciting in this instance is that the tool developed by Ms Hassem and Prof Laher has significant potential to support our communities in an illness that is prevalent, yet difficult to diagnose and treat not least of which because of the unfortunate stigma associated with it. Innovation must meet the real needs of our citizens, and is not just about profits,” she said.

The next steps for the team entail piloting the online depression screening tool on a larger and more representative sample, and further developing and refining of the website.