Shumba adds her own flavour to butter 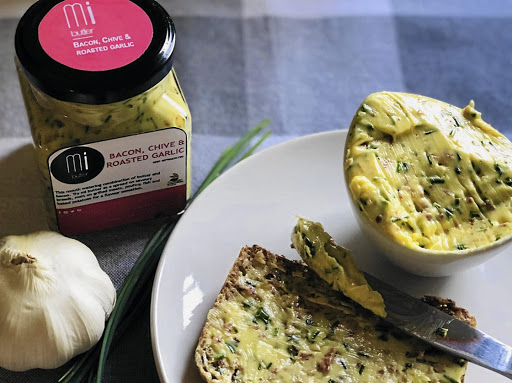 The flavourful Mibutter can turn your dish into a delicious meal.
Image: Supplied

Creamy smooth butter can elevate a dish and depending on how creative you are with it, it can take it to astronomical heights.

Lovers of the condiment gathered in their numbers on social media when a helpful colleague promoted Vhon-gani Shumba's flavoured butter, called MiButter.

The 40-year-old Shumba was pleasantly surprised by the positive feedback she received.

"The feedback has been wonderful, in the last two weeks I have sold six boxes of butter with 24 jars each."

Shumba started experimenting with butter in 2016 after watching an episode of the Great British BakeOff.

She loves to cook and has tried to churn her own butter before, but decided it was time consuming.

She now just buys the butter and then adds her various flavours.

"My biggest challenge is finance, if I can get some financing then I can even get a small factory and churn my own butter instead of relying on suppliers.

"I can also employ people as well. That's my vision for the business," says Shumba, who works in finance sector.

The butter, which she says is setting out to make a "butter revolution", is available in a variety of flavours such as sea salt and black pepper, parsley lemon chilli and roasted garlic and cinnamon honey and ginger among other interesting flavours.

She is hoping to introduce a new flavour, himalayan salt with black pepper by the end of the week.

Shumba's butter is packed in 260g glass jars and goes for R80 a jar.

Shumba has pledged R10 off the sale of each jar to go towards the Tembisa Pad Drive - non-profit organisation run by the woman who gave her a social media boost.