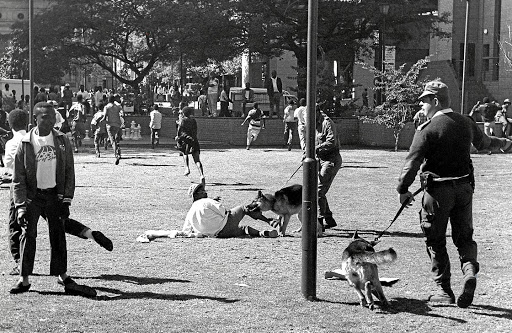 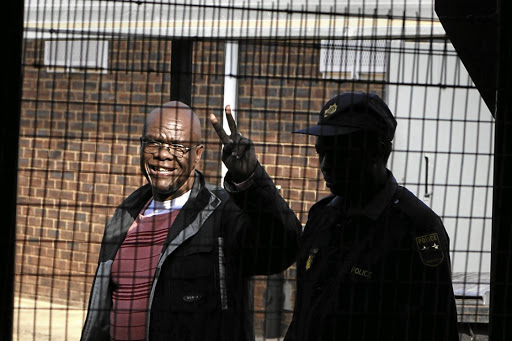 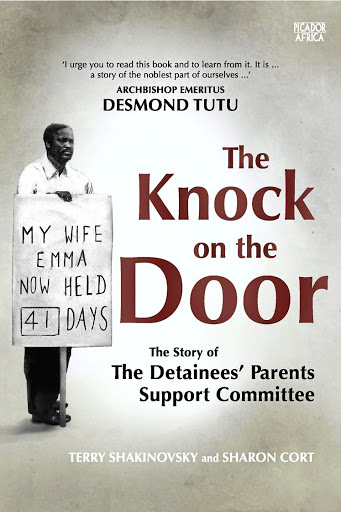 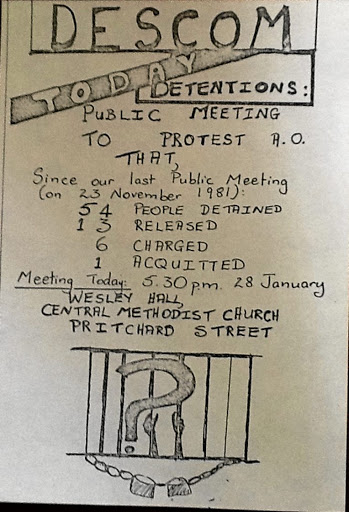 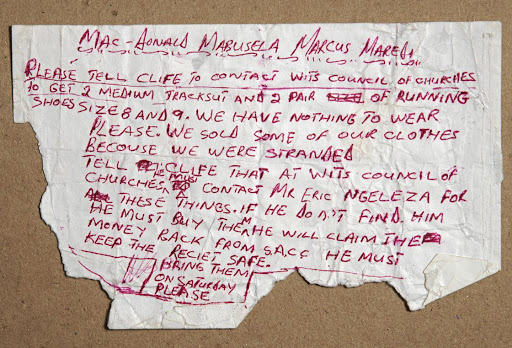 A young girl had to watch over her brother's corpse after he had been killed by the security forces. This is taken from the book The Knock on the Door: The Story of the Detainees' Parents Support Committee (DPSC) by Terry Shakinovsky and Sharon Court.

The book details experiences of victims of the brutality of apartheid who were helped by the organisation as well as the workers at DPSC.

It was through Priscilla Jana that the DPSC gained another important member of staff, Ntombi Mashabane. Ntombi's story tells both the level of trauma experienced in the townships as well as the importance of the DPSC to those who had nowhere else to turn.

Ntombi lost her brother Solomon Ngungunyane Mashabane under tragic circumstances. He was on the executive committee of the Congress of SA Students (Cosas) and had died in a "dirty tricks" operation by the state in June 1985.

A security police operative, Joe Mamasela, had come to the young men masquerading as an ANC member. Mamasela said the police were planning to bomb activists' homes in Duduza on the East Rand, and persuaded them to bomb a councillor's house in the township in anticipation of this.

Mamasela met the men just before midnight, armed with grenades supposedly sent by the ANC. There was no electricity in Duduza, so the streets were very dark. Unbeknown to the Cosas members, the police were slipping quietly into place, waiting in the shadows in their Casspirs.

"Mamasela then showed them what to do with the grenades, but his was not booby-trapped. Their grenades were. The delaying device was removed completely so that immediately they pulled the pin it exploded."

The five-day People's Tribunal on Economic Crimes kicked off on Saturday at Constitution Hill in Johannesburg.on apartheid state secrets.
News
4 years ago

Solomon and three of his comrades died instantly. "My brother's hands were in tatters. You could even count the bones . When the explosion happened, people came running and said, 'You have to come very quickly. The boys are injured and some have died'."

Ntombi's brother Vusi drove the injured to hospital. Ntombi and her father went to the explosion site. Both had blankets against the cold winter night.

Ntombi went in search of more blankets to cover the remaining two bodies and found herself alone in the street.

"I was just brave that night . I went to cover the third one, then went to the fourth one. His head was half removed and there was smoke coming from the head and, you know, the brain had fallen into the yard next door and then the dog was licking the brain . Eish, I nearly went mad.'

Worse was to come. "You know, in our culture when somebody has died you need to sit with the body."

Grief-stricken and traumatised, Ntombi stayed with her brother's body until first light. "Here are the four bodies and the police Casspirs were . parked opposite us - they were laughing . I just sat there.

Later on, the police announced that everybody must move away from the bodies and people refused and said, 'No, we're not moving. Do whatever you want to do.'

"Police began throwing tear-gas canisters and there was smoke all over. I tried to hide myself . the only blanket there was the one that covered the body. I went under. A canister also went in and it exploded right in my nose.

"By the time I put up my head . all the bodies had been removed. We didn't know what to do and some activists were saying, 'You must go to the mortuary, phone Priscilla Jana.' Somehow, we managed to phone from the house. When she responded, I couldn't talk ."

Ntombi's second contact with Jana was almost one month later when the state of emergency was declared and Vusi was arrested. "I went straight to tell Priscilla Jana in Commissioner Street (JHB). She asked me, 'Is the family getting support?' and I said, 'Yes, from the people in Duduza.' She said, 'No, no, there's this place .' and she gave me the address and said, 'Go there. They will help you.'

"I arrived at the DPSC when all the black workers had run away because the police were looking for them . Daphne, Sophie. It was only the white people taking statements. So I decided to sit and help with translating. And when I said goodbye in the afternoon, Audrey said, 'You'd better come back tomorrow.' So that's how I started working there."

Ntombi, Daphne and Sophie would become close in the DPSC office. Ntombi went on to marry a fellow DPSC worker, Oupa Mosikare, in 1988, and to have three children with him. "Another positive thing to come out of the DPSC," is the way she puts it today.

Sophie Masite also married a fellow DPSC member - Gift Moerane. All who worked in the DPSC office in the 1980s remember the central role played by the late Masite. Audrey says, "Sophie was really the kingpin there. She was a little busybody. Little and just a ball of fire. She was amazing."

Ntombi speaks with great admiration of Sophie's strength of character: "She was . fair - very, very sympathetic and loving but firm."

"Connie also remembers how strong Sophie was, and how much respect she commanded: "Sophie was my best friend. We shared everything, everything about our lives together, and she used to tease me. She was such a good person."

Patience Molekane said: "She was a friend, a sister. We laughed so much together.

Gift says simply of his late wife: "Sophie was just a darling. She was a darling!"