Don Mattera recovering in hospital after suffering from 'mild stroke' 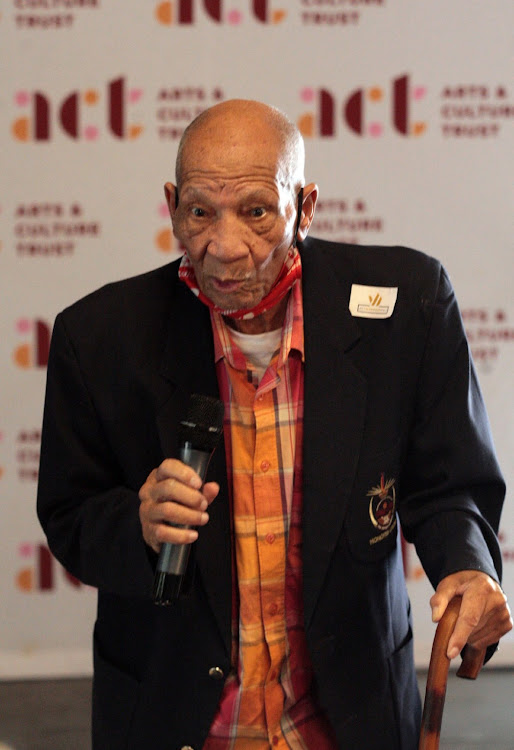 Iconic poet, writer and anti-apartheid activist Don Mattera is “receiving the necessary treatment and is in good spirit” at  Chris Hani Baragwanath Academic Hospital where he was admitted at the weekend for what appeared to be a mild stroke.

According to The Don Mattera Legacy Foundation statement, Mattera was admitted at the Soweto-based facility on Saturday after it appeared that he  may have suffered a mild stroke but physicians are yet to confirm the cause of his illness.

His son and deputy chairperson of the foundation  Dr Teddy Mattera said on behalf of the Mattera family: “My dad had limited use of his arms and we immediately decided to take him to the hospital. He is in a stable condition, in good spirit and receiving the necessary treatment as prescribed by the medical staff.”

The foundation that is entrusted with the protection of Don Mattera’s legacy added: “We will update the public on his recovery and we are calling on South Africans to keep Don and his family in their prayers.”

In a video taken by his son while at the hospital, Mattera can be heard saying he was fine and trying his best. “It's the pain in the knees and hands.” He joked around, saying he was going to write a poem about the pain.

Mattera was recently honoured with a mural wall painting in Maboneng, Johannesburg, by Arts and Culture Trust.

Mattera lashes out at child abuse and racism

Iconic poet and writer Don Mattera is pleased to be honoured with a mural in Maboneng, Johannesburg.
Entertainment
2 months ago

Ephraim Batana Tshabalala, who died in 1994 at the age of 84, was by all accounts a self-made millionaire with a modest upbringing and limited formal ...
Entertainment
2 months ago
Next Article