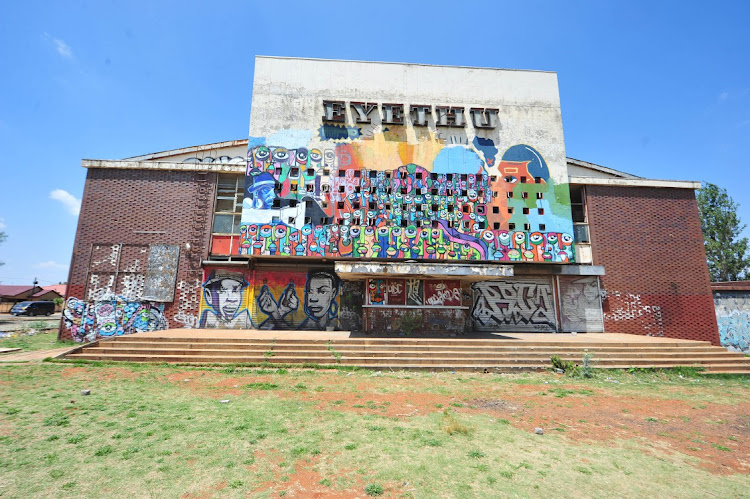 Ephraim Batana Tshabalala, who died in 1994 at the age of 84, was by all accounts a self-made millionaire with a modest upbringing and limited formal education.

But what he lacked in classroom knowledge he compensated for it with a practical business mind, industrious attitude and entrepreneurial drive – qualities that eventually guaranteed him exceptional success in the world of retail.

Born in 1910 in Vrede, in then Orange Free State, to farmworkers who originated in Swaziland, there were few prospects for a bright future.

He worked on a white farmer’s property as a forklift driver for a while before he headed to the city of gold where he was employed by Morosina, a bus service in Toby Street, Sophiatown. It was owned by an Italian immigrant, Francesco Paolo Mattera – the grandfather of renowned South African poet, Don Mattera. But “ET” or Mshengu, as he was popularly known by his clan name, was not prepared to drive buses for the rest of his life. In 1946 he quit the thriving transport business.

With about 20 pounds in savings, he stocked cows’ heads, pig trotters and offal. His original mode of transport for his meat business was a bicycle. With a makeshift stall in a shanty town that would later become part of Soweto, he initiated a roaring trade that would eventually set him on a path to entrepreneurial glory.

It was a post-war era and there was phenomenal growth of African populations on the Reef following large-scale migrations into urban areas in search of jobs and better living conditions. James “Sofasonke” Mpanza, a community leader who would inspire Tshabalala’s civic politics, was waging land grab campaigns on municipal grounds to secure shelter for the newly arrived African immigrants.

By 1951, Mshengu’s meat business had grown at a phenomenal rate, he said his bank manager told him he was worth over a million in today’s currency value. However, he was officially listed a millionaire in 1968 after he had built a flourishing retail empire that included garages, bottle stores, fish and chips outlets, supermarkets, dry-cleaning depots and cinema in Soweto and Manzini, Swaziland.

A high-powered personnel of financial management committee members and departmental managers was responsible for running Tshabalala Enterprises as a well-oiled financial and economic machine.

At the height of the Group Areas Act, he was running his companies from his plush offices in Argent House, Johannesburg. One of the unforgettable events that demonstrated Mshengu’s fabulous wealth was during his late son and heir, Vusi Tshabalala’s wedding to Princess Dlalisile, daughter of King Sobhuza II of Swaziland.

Vusi was a well-known festival organiser in the 70s and 80s while he also served as assistant chairperson on his father’s business empire. Some of his memorable concerts in the country graced by international artists like Percy Sledge, the Staple Singers, the Commodores and Brook Benton were staged at Eyethu Cinema – the most iconic mortar-and-bricks structure in the sprawling township.

A substantial number of Sowetans who responded to the reports were not impressed as they felt that the legendary structure is a heritage site with a rich history. It should be preserved and converted into a multipurpose cultural centre that would benefit local youth and help them to fight the scourge of drugs, they argued. One of the locals who’s in favour of the cinema’s preservation because of its heritage status and historic value is Khehla Hlatshwayo, 65.

“Eyethu is the pride of Soweto,” he explains. “We have such fond memories of the place.”

Hlatshwayo says he worked as Eyethu’s first operator when it opened its doors in 1969 in Mofolo Village.

It was the second movie house in Soweto after Lily’s Bioscope in Meadowlands. According to Hlatshwayo, the very first films screened included The Stalking Moon (1968), The Green Beret, Guns of Navarone and Where Eagles Dare.

“He named it Eyethu (ours in Nguni) because he said, ‘now we have something that we can call our own as Africans’,” explains Sibongile Selaocwe (née Tshabalala). This was at the time when ownership of cinemas were associated with mainly Jewish and Indian proprietors.

Mam'Bongi, a niece of the late businessman and former mayor of Soweto, served in Tshabalala Enterprises’ various departments, including as bookkeeper and manager of the meat market, motor spares and the cinema. She was also president of the Sofasonke Party Women’s League and community builder of note. 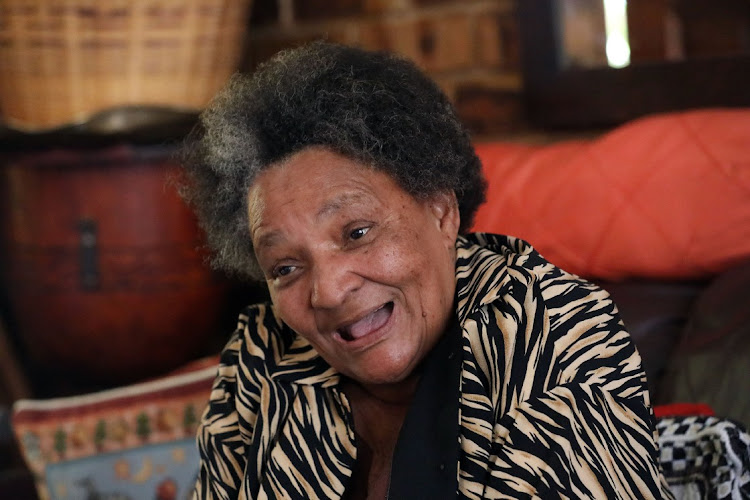 Sibongile Selaocwe recalling the 'good old days' of Eyethu Cinema where she worked for many years as a manager.
Image: Veli Nhlapo

“The first school in the area was built by members of the Sofasonke Women’s League from a disused stable of horses on a site that was initially a maize – not orange farm,” she remembered. She particularly recalled with fondness and nostalgia "the good times" she had at Eyethu and its proprietor – the man she says was a deeply spiritual person, a strict disciplinarian but with a dramatic sense of humour.

“I remember an incident when one of the staff members used vulgar words unaware that he heard them. He reprimanded her and demanded that she wash her mouth with a toothpaste because it was filthy. A toothpaste and toothbrush were acquired from the grocery store at Baba’s expense. We were ordered to supervise the tooth-brushing ritual in the bathroom. It was hilarious.”

Mshengu was also down-to-earth with a heart of gold, she added. “It was not unusual for him to order amagwinya, liver sausages and such township delicacies and share with ordinary guys hanging outside the shop.”

The shop sold popular fat cakes derisively nicknamed "indlebe ka Madondo" – meaning Madondo’s ear because of their doughnut, hollowed shape. The phrase is derived from the Zulu migrants who pierced their ears as part of their tradition.

It reflected Mshengu’s brand of humour. His first-born was named Dombolo, a reference to a dumpling – one of the favourite township food items sold in his shops. And while in the eyes of his detractors and the anti-apartheid movement he was branded "part of the system" by virtue of being a councillor in a government-created structure – the urban bantu councils (UBCs) – to the majority of Sowetans he was a caring father figure.

Tshabalala was also seen as a philanthropist who contributed generously for those in dire need – constantly distributing a little of his wealth to ease a rent problem for a destitute family facing eviction from their four-room matchbox, to cover burial costs for another one or distribute free meat for pensioners.

Eyethu was the jewel in the crown of the business empire – the busiest cinema house that operated seven days a week and indeed the historic township’s cultural heartbeat. Majestic and mighty, Eyethu boasted a seating capacity of 1,000 and 400 VIP seats. And on special occasions it could accommodate an extra 200 people with movable plastic chairs on walkways.

On Saturdays, there were three screenings that included one for children in the morning while on weekdays the main target audiences were older scholars. “They were charged half price and a certain percentage of the takings was donated to the schools involved to help with matters like uniform for children from needy families,” explains Mam’ Bongi.

“We were the first African cinema on the continent to screen new releases from Hollywood. We set the trends in this regard.”

But Eyethu was more than just a cinema. Many community events of social and cultural significance were hosted here. These included choir competitions, music festivals, beauty contests and stage musicals. “We had a contract with Gibson Kente to stage his plays at Eyethu and they were always sold-out occasions.”

Mshengu retired in 1990 and bequeathed the movie house to her daughter Dombolo. However, times were changing. The advent of the malls and the opening of cinemas for all population groups in the city would eventually lead to the demise of the bioscope culture in the black community.

After many years of neglect, during which it attracted unsavoury criminal elements, a new chapter is about to open for Eyethu – the pride of Soweto. Only time will tell what shape it will take. One thing is for sure – it will be a chapter that’s full of a rich history.

The Tshabalala family has promised to release a formal statement on the future of the cinema.

Residents of Mofolo, Soweto, where the iconic Eyethu Cinema is situated still reminisce about how the historic building was the place to be in the ...
Entertainment
1 month ago

Mzansi mourns 'death' of Soweto cinema, but here's why you shouldn't worry just yet

Many were up in arms after claims the iconic Eyethu Cinema would soon be no more.
News
1 month ago

Keeping township businesses in the family