Donovan Goliath amazed by the success of The Lite Show 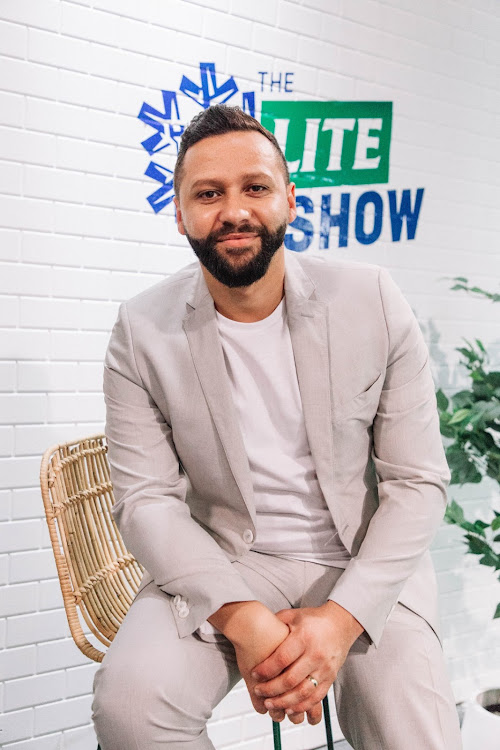 When stand-up comedian Donovan Goliath started an online television show last year, he never knew that it would grow to become one of the biggest shows on YouTube.

The Lite Show,  which Goliath co-hosts with Mojak Lehoko, Lihle Msimang, Rouge and Nina Hastie, is now back for a second season.

The Lite Show is Mzansi’s first YouTube news show that has more than 400,000 subscribers. The show is all about giving South Africans the opportunity to stay abreast of what’s going on while enjoying a good laugh and getting to know more about the featured guests.

The Mthatha-born funnyman says the idea of the show started last year when he was approached by big brands that had seen the content he was putting up every day on Instagram. Goliath sat down with his team and The Lite Show was born to bring lighter news at a time when people were losing loved ones.

The comedian  says 2020 was the best year because he was able to earn a living using a different format.

“I was approached by big brands after seeing my content. I thought the idea of the show was great. We needed something fresh and something light just to brighten the mood. There was a lot of negativity and bad news and we wanted something lighter,” Goliath says.

“It is a jam-packed show, there is a lot happening, having conversations with people and asking questions that have never been asked before. We look at the interesting people because we don’t want to invite boring. The show is quite paced. You don’t want to choose people because they are famous. We want people who can engage and make it fun. There is so much content out there and you have to give people a reason to watch and listen to you.”

The 38-year-old is not planning on taking the show to television because, he says, TV has limitations and there is no freedom, unlike with online television.

“It is working great as an online platform. We took it to online because we knew people will be consuming a lot of online content. There is freedom and flexibility with online. For example, when we do a show we stick on a certain time slot on the episode and if something is good we extend it, we just do a separate cut and we have more flexibility.”

Goliath, who married his longtime sweetheart Davina Gordon in May, believes there is a future in online television. The two newlyweds welcomed their first born three weeks ago – a baby girl.

“I see a future in online television. A lot of people are getting comfortable, including myself. The online platform gives young people a platform to showcase their talent. Last year I made my money out of it and I worked hard every day.”

New age TV shows not here to help, but to mock black people

For years television has allowed us a peak into different worlds, sometimes morbid and dark, but sometimes glossy and grand.
Opinion
2 months ago
Next Article