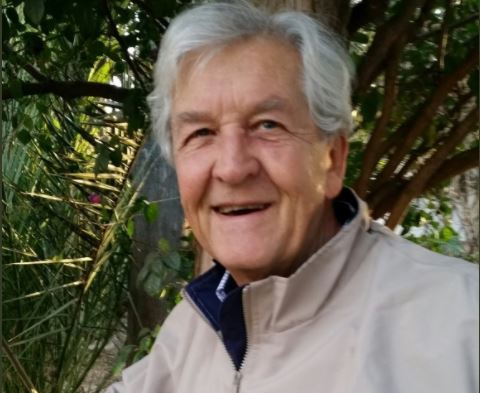 Veteran actor and comedian Clive Scott of Isidingo and The Villagers fame has died and there has been an outpouring of tributes across different social media platforms in honour of his life.

The actor's death was confirmed by his daughter Gudrun Scott Cleghorn on Facebook. In a brief post Gudrun announced that her father died at 2.30pm on Wednesday.

“Clive, our beloved husband, father, grandfather, uncle and brother met Archangel Azrael at 14h30 today, surrounded by the love and light of loved ones who had passed before him.”

Scott was 84. Information on the cause of his death has not been revealed at this stage.

His daughter, expressed the family's heartbreak.

“Our hearts are broken and our lives will never be the same again. He touched so many lives and was loved by so many. A truly remarkable life lived. My brothers Tom, Luke, Lufuno and I are deeply grateful for the outpouring of love and for the exceptional care our father experienced in the last moments of his life. Hambe kahle Pops,” she wrote.

Scott was one of the first faces that gained countrywide fame on TV. He also a radio, film and theatre actor and director best known for his performances in the TV soap operas The Villagers and Isidingo.

Here are the other tributes:

Saddened by news of the death of Clive Scott, a legendary South African actor, a kind hearted friendly man who seemed always to be in a good mood, and always with a kind word.

Very sad to hear about the passing of #CliveScott today. #Legend of #SouthAfrican entertainment #TheVillagers #Isidingo #TedDixon. A true class #actor and a gentleman. It was an honour to have met you. #RIP pic.twitter.com/RK968Yebc9

@TBFofSA mourns the loss of actor, comedian , entertainment legend - Clive Scott . What a lovely man he was ! Condolences to his loved ones

Clive was such a generous, warm and loving man. I only worked with him once and that was when he played the Major General in Pirates. He was so funny when he fumbled on the tongue twisters. One of the most loved people in the industry. https://t.co/hLYTVeVdtM

The Mpumalanga educational sector is mourning the death of the longest-serving teacher, Nontsikelelo Qwelane, 100, who died on Sunday at her home.
News
9 months ago

The sad part is that we don't know the number of the deceased. Yet this matter is being underplayed.
Opinion
9 months ago
Next Article