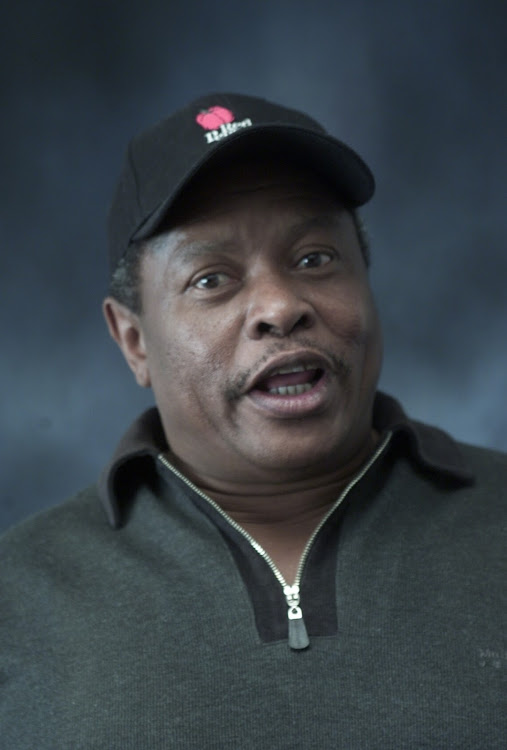 Legendary actor and musician Macdonald Mathunjwa, who was famously known as Mac, has died.

A family friend confirmed to Sowetan that Mathunjwa died just after 12 midnight. The seasoned actor portrayed many roles on television, including acting in Khululeka, Soul City and Home Affairs.

Mathunjwa, who hailed from KwaThema in Springs, composed music for many local groups, including Colours of the Rainbow, The Angels, Abigail Kubheka, the late Jacob “Mpharanyana” Radebe and Soul Brothers. He also produced some albums for the popular Amadodana Ase Wesile group.

In television, he created music for many shows, including Stokvel, Mazinyo Dot Com and Hayi Bo Mnakwethu on Moja Love. He is the brain behind the famous theme song of Stokvel, a comedy show that was flighted on SABC 2.

TV director Vusi Dibakwane last worked with Mathunjwa last year while shooting Hhayi Bo Mnakwethu on Moja Love that is currently being repeated. Dibakwane told SowetanLive that he met Mathunjwa in the late 1980s while he was still at Gibson Kente acting school in Dube.

“I came to know Mac because he used to play at Club Pelican in Orlando. We then worked together in 1993 doing the production Khululeka. Mac was a multi-talented person and the industry has lost one for the greatest talents.”

“Because of the talent he had in music, I worked with him composing music for many productions. When I worked with Moja Love on the show Hhayi Bo Mnakwethu, I brought him back again and he created a theme song for the show and also acted in the show. Mac loved and lived music, that is why he had a studio at his house. When he was not working, he was busy in his studio. Mac was full of energy and there was a never a dull moment when he was present on set.”

“uBab Mathunjwa has been an epitome of acting excellence and was very authentic in the roles he played, whether it was on television or theatre. The department, through the Gauteng Film Commission, was honoured to have worked with him in producing a South African short film Uzozwa Ngami. On behalf of the people of Gauteng, we want to extend our heartfelt condolences to the Mathunjwa family, friends and the entire performing arts industry. May his soul rest in eternal peace.”

Jazz musician Prince Lengoasa said: “Ao kodwa Mr quarter-past-quarter, the funny man with a great heart. Kodwa yintoni, Bra Mac? Condolences to his family and the community of Kwa-Thema and the SA music and acting fraternities.”

TV actor and stage actor James Ngcobo, who worked with Mathunjwa on Stokvel, said when he was starting in the acting industry, he looked up to people like Mathunjwa.

“I had a lot of interaction with him while shooting Stokvel. Bra Mac was a generous human being, who loved everybody. He shared his years of experience and expertise easily with young actors. He enjoyed guiding young actors and sharing a lot of knowledge.”

He has appeared in shows such as Home Sweet Home, Intsika, iThemba, Sgudi Snays and  uGugu No Andile.

It comes as the family prepares to bury Menzi at his hometown in Ladysmith, KwaZulu-Natal on Saturday.
News
3 months ago