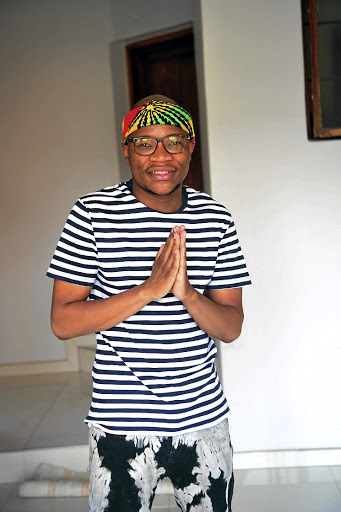 Master KG has made history by becoming the first African artist to top the Shazam Global Chart with his smash hit Jerusalema featuring Nomcebo Zikode.

The American music-identification application owned by Apple Inc confirmed to Sowetan that not only did Master KG top the chart, but it was also a history-making feat as no African artist has ever topped the Shazam Global Chart.

“It means a lot to me. It validates the path I’m on. It means the world is moving to Jerusalema and they want to know more about the song and the artists behind it,” Master KG, whose real name is Kgaogelo Moagi, told Sowetan.

“It’s a big deal to me and Nomcebo. It’s blessings on top of blessings. God is amazing.”

According to the latest data breakdown by Shazam, Jerusalema spent 18 consecutive weeks on the chart before climbing to No. 1.

Furthermore, the song has charted in 35 countries on Shazam, reaching the top spot in nine of them – SA, France, Italy, Romania, Belgium, Spain, Switzerland, Bulgaria and the Netherlands.

The song has been most Shazamed  in France, Italy, Nigeria, SA and Romania.

"This is a big moment for all of us as a country and we must celebrate it."
Entertainment
1 year ago

WATCH | Metro policewomen do the #JerusalemaDanceChallenge

In February 2018, Master KG was first Shazamed in SA with his other hit, Skeleton Move.

It has been a busy month for Master KG as he continues to take over the global market.

Master KG gained Portuguese and Juventus superstar Cristiano Ronaldo as a fan when he was seen on Instagram jamming to the song last week.

The same week American singer Janet Jackson sent Master KG a shout-out on Twitter with a video of a little girl dancing to the hit. American rap star Chance The Rapper did the same a few days later.

Master KG admitted that it has all been overwhelming.

“It does get overwhelming. I find myself wondering what’s next and I always get surprised with every big milestone,” he said.

“I didn’t set out to be praised or win awards, all I wanted was to make music and entertain people.”

Master KG revealed the little girl that featured in Jackson's tweet was featured in a music video for his other song, Superstar, after the video of her breaking it down to Jerusalema went viral.

“She was recommended to the producers of the video and I was so happy to see her dance and [her] skills,” Master KG said.