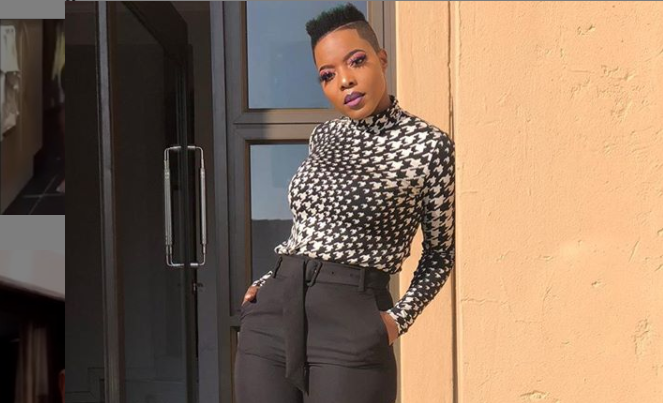 She's taken the world by storm with her and Master KG’s single Jerusalema, but Nomcebo Zikode is not entertaining any suggestions that she might be a one-hit wonder.

The songbird has topped the charts on several occasions before but found another level of international fame after the release of her collab with Master KG.

Jerusalema has topped the charts, been played from Durban to Dubai and Denmark, spawned a viral dance challenge and amassed over 100 million views on YouTube.

Such popularity has led to some predicting that it is all a blimp and the pair could one day be remembered as one-hit wonders.

Speaking to SowetanLIVE sister publication TshisaLIVE, Nomcebo laughed off the suggestion and said this was just a springboard to bigger things.

“This is not the first song I have recorded to make it big. Even Master KG has released big songs in the past. I recorded a song with DJ Giyani, Emazulwini, it went very big and people were also saying that I would never record another big song, and then came Jerusalema. I have many more songs like that.”

She said that anyone questioning her talent or longevity knew nothing about her.

WATCH | Metro policewomen do the #JerusalemaDanceChallenge

“Anyone who thinks that I am a one-hit wonder must go study up on me and check all that I have done”.

She said she had no idea Jerusalema would be as popular as it is, and while recording even worried that it may not measure up to their previous songs.

“Honestly, we never thought it would be this big. I remember Master KG was worried, was like ‘you know what, Nomcebo? We can’t take chances here. Remember I am coming from a big song, Skeleton Move. Are you sure? Do you think this is the one?’

“I remember going home and feeling like the song would be big, but never this big.”

Nomcebo said that the song had opened doors internationally but the Covid-19 pandemic and national lockdown had put a lot of their plans on ice.

“I think when the lockdown has lifted and international trips are allowed, we will travel around the world. We have many more songs to come that will keep people dancing.”

"This is a big moment for all of us as a country and we must celebrate it."
Entertainment
7 months ago

Nomcebo Zikode was ready to give up on music and the life she built with her family before Master KG offered her a lifeline with their smash hit ...
Entertainment
8 months ago

SA music talent has in the past 10 years been making waves and wooing international audiences more than ever before thanks to several veterans who ...
Entertainment
8 months ago
Next Article