Soapie fights off the bias of colourism 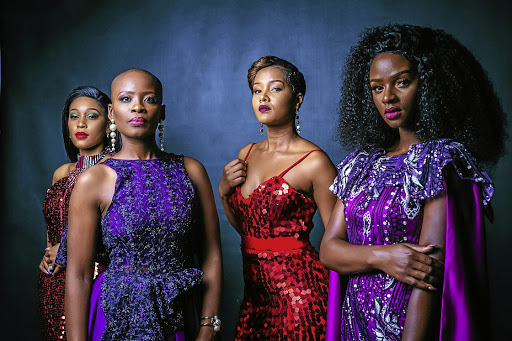 SABC2 soap opera Muvhango has a campaign about self-love and representation which aims to tackle colourism.

With the campaign the SABC soapie aims to influence SA men to appreciate women as they are.

Over its 22-year history on air, the show has come under fire for colourism - often accused by its critics of casting in key female roles actors with lighter skin over those with darker skin.

Show creator Duma Ndlovu, however, yesterday denied this to Sowetan and insisted that his cast has always been inclusive of different skin shades.

We look at some of the year’s biggest and most bitter Twitter battles.
S Mag
1 year ago

Pearl Thusi has no bad vibes towards Bonnie Mbuli

Actress Pearl Thusi habours no bad feelings towards TV personality Bonnie Mbuli after the heated exchange they had on social media a few months ago.
Pic of The Day
2 years ago

"Muvhango never chose one skin colour over another. We have consistently featured both light and dark-skinned actors since time immemorial. The likes of Susan Mukwevho (Maumela Mahuwa), Pfuluwani (Azwidohwi Malaka) and the list is endless," Ndlovu said.

"The viewers and media chose to focus on their favourite actors; other dark skin characters are Dr Nthabeleng (Mona Monyana) and Kgomotso (Rami Chuene).

"Therefore Muvhango continues to celebrate all shades of skin, including the ongoing campaign about self-love dubbed."

In Hollywood in recent years, A-listers such as Viola Davis and Lupita Nyong'o have been outspoken about how colourism has resulted in darker skinned actors been overlooked in blockbuster roles.

Mchunu said even locally she related with her Hollywood counterparts. According to Mchunu, as a darker skinned actor, before Muvhango she was snubbed for roles she auditioned for because of her skin shade.

The 27-year-old actor from Maphumulo, KwaZulu-Natal, added that she was always made to feel that her skin shade made her less desired in society while growing up.

"Getting in this industry there is this unspoken thing that you can only play certain characters as a dark-skinned woman. Even going to an audition and I'm up against someone lighter I was always sure that I'm not going to get that job," Mchunu said.

"It's frustrating... you spend a lot of time getting ready for an audition, but you don't get the job even after killing it. When you ask why, you are told 'we are looking for someone lighter'. It hurts.

"But I didn't let it break me down. I'm an advocate for all women, whether dark or light."