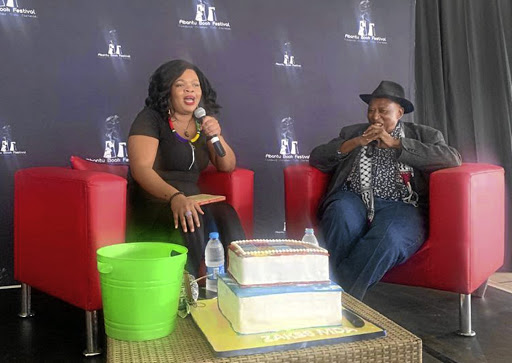 Renowned author Zakes Mda was presented with a two-tiered cake to celebrate his final novel, The Zulus of New York, at Abantu Book Festival on Saturday at the Eyethu Lifestyle Centre in Soweto.

But the moment quickly turned awkward as Mda made the surprising announcement that he has changed his mind and has already started working on a new one.

Earlier this year, Mda announced the historical fiction read as his last adult novel as he planned to focus on writing children's books, painting and making films.

"I was also in the middle of directing a feature animation film and with animation you can work remotely. I was very excited by this project. But then there was this novel I still had to write.

"[So] I vowed that no more novel writing and I announced to the world. Now I appear as a liar or was trying to create hype around the book.

"I genuinely believed I didn't want to write another novel. But sometimes when you are a writer a story finds you and attacks you. It forces you to narrate it." 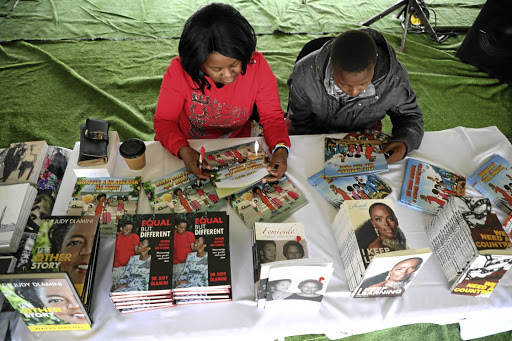 Sibusiso Tshuma, left, and Sakhile Mogale get lost in their own world at Abantu Book Festival in Soweto.
Image: ANTONIO MUCHAVE

Mda revealed the novel will be based in Lesotho and he travelled to the land-locked Basotho kingdom last week to start researching it.

The story focused on popular musical groups in Lesotho that sing Siwelele. Gang wars between rival group fans have developed over the years.

"Many people die in Lesotho, Free State and even Gauteng from those wars beginning with music and followers of these musicians," Mda explained.

"I was fascinated by this story because it's also related to illicit gold mining that happens in Welkom.

"These musicians have somewhat become the bosses of some crime syndicate. So I thought this story cannot get away."

Despite the rainy weather, this year's festival went on uninterrupted with impressive turnout, especially from younger readers.

Abantu Book Festival and the spaces that affirm us

In 2011 I was a third-year student at Wits University, completing my Bachelors degree in mathematics and physics.
Good Life
2 years ago

Fans given insight into 'Americanah'
Lifestyle
2 years ago
Next Article