A decade of hits from Donald 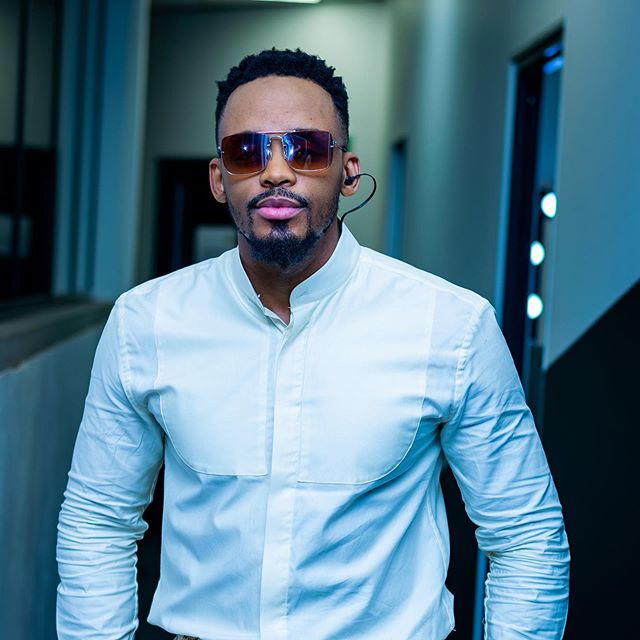 Donald has been in the industry for ten years as a solo artist
Image: Donald In Denial/Instagram

Donald celebrates 10 years as a solo artist in the music industry in style.

The singer, born Donald Moatshe, took the industry by storm with his unique blend of dance, Afro-soul and R&B.

In the past 10 years he has grown, explored and collaborated with artists such as Cici, Mlindo, Tiwa Savage, Saso of Dream Team and Floda.

Donald has collected a couple of awards for his hard work. He argues that it has not been easy but he always tried to put the best foot forward.

"I try to keep young in terms of sound. I push with the utmost with every album I release. I am always thinking and coming up with concepts," he says.

Donald celebrates a decade in style with a double disc titled Her Name Is.

The soulful artist worked with the best young composers like Sifiso Moya, who has written songs for Nathi Mankayi. Moya wrote six out of the 20 tracks.

Donald explains that it took him 13 months to put the album together.

"One disc is about Afro-soul or R&B while the other is dance music that I am known for."

He said the response to the album has been positive on social media so far.

I want to help them tell their story.
Entertainment
2 years ago

The Northwest-born artist explains that the main source of inspiration for the album came from a relationship that he has been struggling with over the years.

He explains that he has been falling in and out of love with the same girl many times.

Although he has been single for three years, Donald feels that the relationship hur t him.

"The pain that I wrote about comes from that relationship. I am highlighting everything and emotions from a 12-year relationship. When I met this girl, something clicked and said this is the one.

"Letting go has been difficult.

"While we were dating, we would end it and get back in each other's arms again. The relationship got toxic and we clashed badly."

Donald used a picture of when he was 14 years old in the sleave. The reason, he says, is because he went through a lot of pain while working on the album.

"I don't even look like me in that picture but I am glad that I was thinking in that manner. I had lonely moments that forced me to go back to my youth. "

The Idols SA top 10 is finally here after weeks of waiting in anticipation.
Entertainment
2 years ago

He says his latest album showcases his maturity as a songwriter and as an artist of 10 years in the music industry.

The lyrics in the album are dished out in Zulu, Tswana, Xhosa and English.

Now that he has built a solid fan base, the singer who released his first album in 2009 is open to exploring more musically.

" I am in a good space and I have built quite a solid fan base. I can easily have a one- man show knowing that my fans will come," he says.

The biggest lesson he has learned in the music industry is not to relax because there are no guarantees.

"You have to continue working hard. Every time you release an album you need to treat it as if it is the first time. You have to have the same discipline and hunger which is not easy."

Donald has released hits like Know You Better and albums such as Just Donald, Black and White, Train of Love, Something More, and Red Mic Experience (Live in Carnival City).