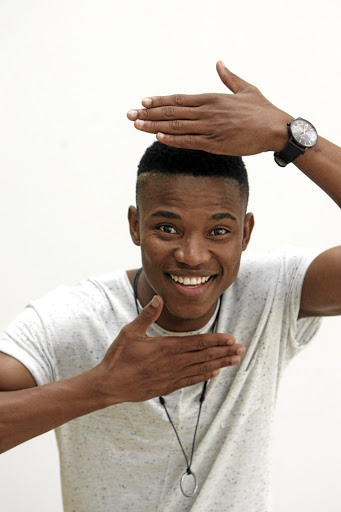 "Gallo Record Company is extremely saddened and shocked to learn of the sudden passing of one of our artist Simphiwe Thamsanqa Shobede, fondly know as Thami," general manager at Gallo Reords Robert Cowling said.

"It came to our attention this morning that he was in hospital suffering from an illness and complications.

"His family went to see him in [a] Atteridgeville hospital, where he passed away sometime just before noon.

"The singer with the velvet voice and a Season 12 Idols SA runner-up was only 31 years of age. We don't have any other specific details or facts at this time, and kindly request that everybody please respect the wishes of Thami's family who will be issuing a formal statement shortly.

"Our condolences go out to all his friends and family. He will be sorely missed."

Sowetan has learned that Shobede was admitted in hospital after collapsing when performing on stage about a week ago.

A source close to Shobede told Sowetan that the singer's organs failed and he slipped into a coma earlier this week.

Another source told Sowetan his lungs collapsed and his brain was severely damaged.

Sowetan understands that doctors had cautioned when he went into ICU that it was only the machine keeping him alive and if he survived it would be difficult for him to live independently.

"I met Thami in 2015 we were in same Idols season. Ever since then we've performed in different stages together and we've been supporting one another in our musical endeavors," Mogane poured his heart out.

"He was a great person, always had a smile on his face and always wanted the best for others. "I'm really sad to hear that he's gone. I pray that his family be comforted by the grace of our Lord Jesus Christ through this trying time."

Idols judge Unathi Nkayi said she had prayed that Shobede would recover.

"The news has hit us hard as the Idols family. Anneke (Idols producer) and I have been speaking to his brother all week, hoping he would recover fully," she said.

"I can't imagine the grief they have been hit with. He remained close to us throughout the years. It is a great loss indeed."

Mzansi Magic's head of public relations and publicity for local entertainment channels, Philly Kubheka said: "As Mzansi Magic and Idols SA, we are saddened by the passing of our former Idols SA contestant Thami Shobede.

"Thami was a very talented musician with lots still to offer to the music industry. Our deepest condolences to his family and friends. He will be greatly missed."