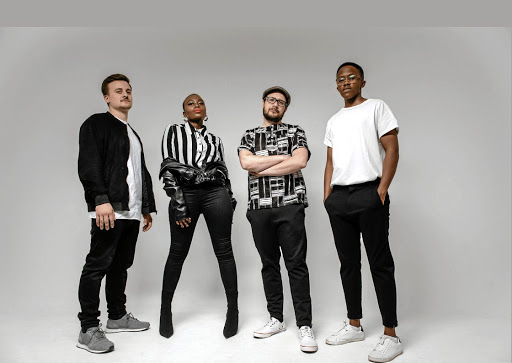 Combining their Mzansi, Swazi and German music roots, the group is made up of SA songbird Zoe Modiga, eSwatini-born musician Ndumiso Manana as well as German artists Sebastian Schuster and Philip Scheibel.

The foursome first got together in 2015 and released their debut album Tagore's in 2016.

Immediately after the album was released and they were in the middle of touring for it, they started working on the 12-track follow-up featuring standout tracks such as Disaster and Don't.

"It's a different direction from the first project that we did," Manana explains.

"These songs were composed and produced by the four members of the band. These songs are about togetherness, identity, love and heartbreak."

"The first album was a whole lot involved in the jazz space and rooted in jazz composition. It had more of a live band feel to it," Modiga continues.

"We have a lot more production in the work and had more fun in the song writing.

"We are trying to bring in what jazz is to a lot of people and connect that with the hip hop and soul, so that we don't let go of the audience-potential that we can get."

Plan is to lure young fans to annual festival.
Lifestyle
2 years ago

The band is starting to find its market in SA, but their biggest audience is in Europe and America.

Since the UCT alumni Manana and Modiga are based in Joburg full-time and the others live in Germany, they capitalise on the time spend touring the globe to make new music together.

"Every time we get an opportunity to be together, we make sure we put in a lot of the logistical and admin stuff. We also do photo-shoots and writing sessions. We just make sure that when we are together there is no time wasted," Manana says.

"Because of the chemistry that we have as a band, things happen so organically. We are able to use time so efficiently," Modiga adds.