Lots of hits and misses at National Arts Festival 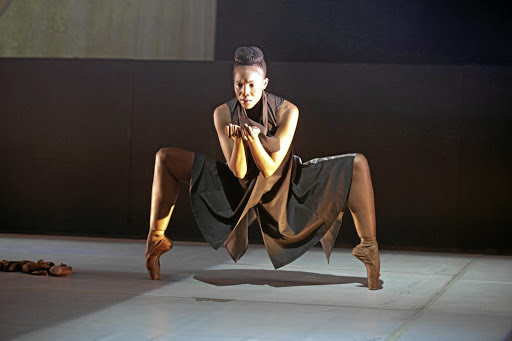 The National Arts Festival 2019 opened on a high note on Thursday despite shrinking audience numbers.

Many shows had a great turnout, but others were poorly attended. There were hits and misses.

It's my house, yindlu yam le is one of the shows that disappointed the fans.

The show was packed to capacity, but failed to live up to expectations.

The show, which was staged at the Fringe, disappointed in many aspects. The show was staged at Basement 2 Arena at the Monument in Makhanda.

The idea was great, but the execution was poor. In fact, it ended abruptly. It tells the story of a woman who is in an abusive relationship and had a horrible past.

It touches on many aspects such as women and sexual abuse, poverty and how young girls throw themselves at older men because they desire a lavish lifestyle.

Two men fight over a house that does not belong to them. One man is the father of the child, while the second man raised the child and bought groceries for the family.

Dylan Moran, Ireland-based comedian, was another miss at the festival.

His show was at 10pm at Guy Butler Theatre and half the audience was asleep when he performed. Talk about bad timing; most people who were awake in the audience found Moran offensive and boring.

He seemed to suggest that apartheid happened and people needed to move on. Many people found that offending. He spent an hour mentioning the word f***k in every sentence.

Ngesi presented Rob van Vuuren and his show was packed. Van Vuuren, who was on another level, really made the audience laugh.

The duo were presenting Going Back to the Truth of Space at Rhodes Great Hall earlier yesterday. The show is part of the festival in Makhanda, Eastern Cape, that ends on July 7.

The artists got a standing ovation because the show ticked all the boxes. It was well conceptualised and presented.

Phetla presented a combination of fundamental classical moves as she celebrated and appreciated the space.

Ballet enthusiasts sat quietly for 45 minutes as they watched the two present a magical show.

Duo collaborate through dance and music to explore ancestry