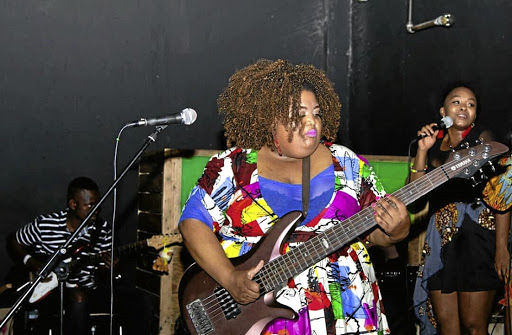 Organisers of the annual Standard Bank Joy of Jazz can be blamed for many things but not for discriminating against any music lover as this year's line-up appears to be catering for all ages and tastes.

The star-studded bill comprises of artists such as Zano, Nelisiwe, Vuyo Tyolo and showy female bassist Tebogo Sedumedi, aka "Aus Tebza", that will appeal to the young fans. Musical group The Soil will also be in the house to wow younger patrons.

For those with one foot in pop and the other in jazz, producers T Musicman, have enlisted the services of the likes of Don Laka, Sipho "Hotstix" Mabuse and Siphokazi.

Legendary band Stimela will also perform, for the first time without founder Ray Phiri who died two years ago.

The band is expected to showcase songs from their new album Catch The Train, which was released last year in August.

As part of celebrating 35 years as sponsors of the Standard Bank Young Artist Award, the headline sponsors have rounded up into a band some of their previous winners, going as far back as 1993 when Sibongile Khumalo was crowned.

Artist has a story to tell with new songs.
Entertainment
3 years ago

For purists who want nothing but jazz, one of the world's biggest jazz artists Wynton Marsalis will be making his comeback to the show.

It is expected that Marsalis will produce some magic never seen before, in a project together with SA's pioneering hornman Marcus Wyatt. The two will combine their outfits, Jazz at Lincoln Centre Orchestra and ZAR Jazz Orchestra, respectively, to cast a true jazz spell on revellers.

For those who like the thrill of female jazz vocalists, there's a promise of a banging performance from Ladies Unite in Jazz led by Mzansi's Nomfundo Xaluva and Zoe Modiga.