Quartet come into their own with hit 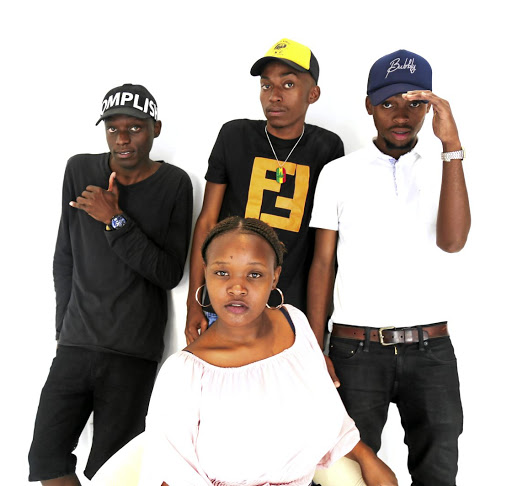 Zero12 Finest has stumbled upon a hit with Baby Are You Coming. With it, they hope to prove to the world that the home of Amapiano sound is Pretoria where they hail from.

The four-piece band made up of vocalists Edgar Sebola and Lindiwe Molopyane and DJs Bongani Hlongwane and Mongezi Chabangu is fast climbing the charts and making all the right noises with the hit track.

The new age band was birthed on Facebook after forces worked in their favour and brought them together after Sebola posted a video of himself singing the incomplete song for which he needed a female voice. And so Molopyane, 19, came into the picture. She had known Sebola through his cousin and seeing him at parties.

Molopyane, who goes by the monicker MaLindi, is a second-year public administration student who says she has always been an entertainer. Her strong point was dancing, but now finds herself as the lead vocalist of the quartet.

"My family is proud and so happy for me, but my mother wants me to finish my studies."

Sebola, who is known as Edgar Thee MC, 21, brought everyone together. A friend recommended the two DJs to help him make the song complete.

"I had been knocking on doors with no luck. We recorded Baby Are You Coming but struggled to push it, especially without the help of a PR firm. But we managed to turn it into a street hit in Mamelodi and surrounding areas until Open Mic Records recognised us."

Sebola says he wants to study marketing management as he is fascinated by the idea of building brands.

"Amapiano is a complex genre because it's relaxed and soulful, yet is a party starter. Most people relate to it because you can choose what works for you within the genre."

Chabangu, 22, aka Urban Deep, says they have worked towards this moment since 2014. He met Hlongwane in 2015 and they formed a production duo. He shelved his dream of wanting to be an architect and chased music.

"We are getting to know ourselves and grappling with issues like time management, but we are ready for everything."

Hlongwane, 21, whose alias is Que Deep, says the success of Baby Are You Coming is a dream fulfilled since they have been putting in the hours crafting the Amapiano sound.

He plans to study civil engineering after completing the matric studies he failed in 2016.

Hearing their song blasting on radio speakers has been a thrill.

They are working on an EP to be released later this year.