Three ways to make your collaboration a success 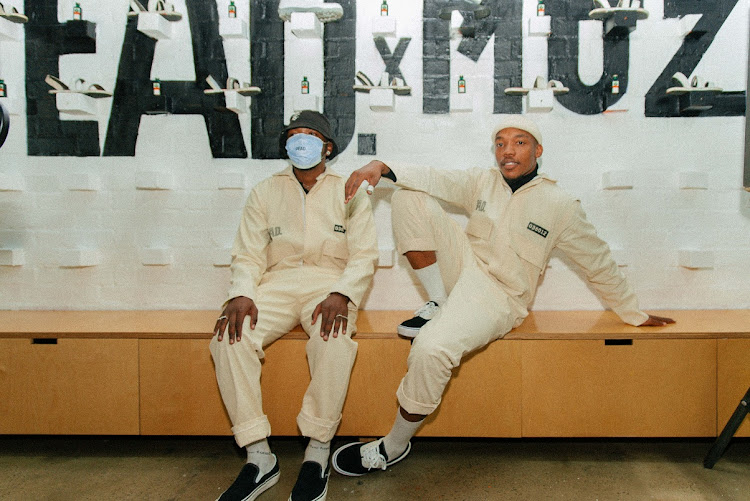 The musician and producer shared at a recent launch for their collaboration, Dead. X Muzi, that they wanted to keep true to the very concept of a collaboration by fusing ideas rather than working by association as popularly done by local brands.

“Bangy and I had met on the set of a shoot where he was the stylist and I, one of the featured artists,” says Mazibuko. “We originally had some friction on set but as time went on, we got along well. When we started the collaboration project, I let him do his thing because I trust him, what he does and who he is.”

The creative vision of the pair has culminated in a clothing brand that imbues streetwear culture and the house beats synonymous with Mazibuko’s homage to SA culture.

The EP was released in conjunction with four–day pop-up shops and performances in Johannesburg and Pretoria, a feat both artists have labelled an important experience for fans to be a part of.

“It’s all about the experience,” says Dead. “We are often too focused on getting money from the consumer without giving them an experience to remember; one of the reasons why retail and fashion is suffering so much now.”

Stemming from the partnership off the release of his latest EP, Stimela Segolide, Mangena shares his top three tips on how to succeed in a collaboration.

“Know that you are not good at everything; let your collaborator do what they are good at whilst you do what you’re good at.”

“Leave that leader mindset at home. Everyone has an equal say.”

“Collaboration works better when you aren’t doing the same thing or art form.”​

Chonco living her dream as a fashion designer

If you are a regular at fashion shows, you have probably feasted your eyes to Aphelele Chonco’s designs.
SebenzaLIVE
3 years ago

With a passion for nappies, Shane Ngwenya has founded a business that seeks to create more jobs in the township.
SebenzaLIVE
3 years ago
Next Article