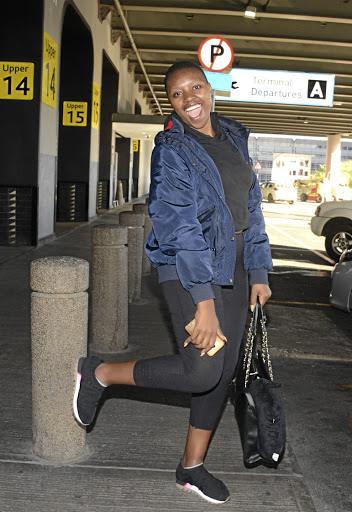 Katlehong-born gospel princess Bongiwe Madela is headed for the bright lights of the US.

The 23-year-old rising singer jetted off to Atlanta, Georgia, on Saturday to take part in the new season of TV singing competition show Sunday Best.

Season nine of the show, hosted by American gospel superstar Kirk Franklin, will premiere on BET in the US on June 30.

The East Rand-based Madela has been singing since 2015. She was chosen to represent Africa on the new season after thousands auditioned to participate in the show. Having made the final cut, Madela will compete with international gospel hopefuls.

She will perform in front of a celebrity judging panel that has in the past season included Mary Mary, Bebe & Cece Winans as well as Donnie McClurkin.

Talking to Sowetan ahead of her trip, Madela said she is hoping to meet gospel star Le'andria Johnson - who won season three of the show and went on to scoop a Grammy.

"This has to be one of the most humbling experiences I've ever had. I could only dream of travelling to America to meet musicians I grew up listening to," Madela said.

"I'm looking forward to meeting my favourite musicians like Franklin.

"I'm nervous and excited, I don't know what to expect on the other side but plan to represent our continent well."

Monde Twala, vice-president for youth, music and BET at Viacom International Media Networks Africa, said: "We are excited to have one of our very own talents representing us on the global stage and have no doubt that Bongiwe will do us proud."