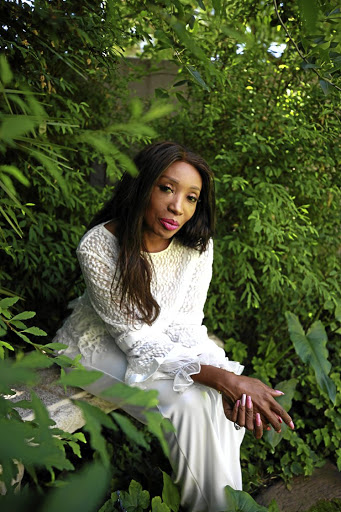 Sophie Ndaba has been through many storms, both private and public, and she's still standing. Even her latest drama regarding financial difficulties won't get her down.

Perhaps even before she knew that she would be a household name, her Generations character name, Queen, was a good omen and now, more than 20 years later, she still reigns supreme.

In 2019, Sophie has re-introduced herself as a TV presenter and host on e.tv's Hashtags.

"Acting will always be my first and last love. But I went from being 'darling' and all those Queen-related mannerism and all of a sudden I was myself. People were finally introduced to me," she told Sowetan sister publication, TshisaLIVE.

Bond arrears not star's only worry.
News
3 years ago

"I don't think it's a transition,per se. I would say it's more me showing my versatility as a performer. As performers, we are diverse . It's vital that one is flexible, to be able to branch out and do anything and everything within the arts."

And Ndaba couldn't be happier. "It was time. People were used to Queen who, for lack of a better word, could be mistaken for a dumb person."

Ndaba said part of re-inventing herself came with first taking on different kinds of acting roles, like on Isidingo, and also making sure her business does excellent work.

She's determined to leave a legacy for her children.

"You know, when all is said and done, I am most proud of the fact that I came into this as a teenager with nothing.

"But I took my leap of faith, became a model, an actress and a businesswoman. I did that through all the storms. I fight, I never give up."

Sophie Lichaba back on television screen

Sophie Lichaba (formerly Ndaba) is taking it back to basics with her latest TV gig.
Entertainment
3 years ago
Next Article