Sophie Lichaba back on television screen 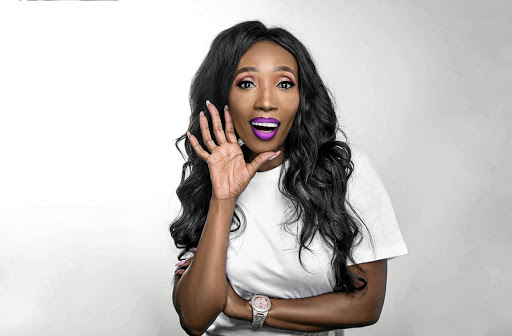 Sophie Lichaba (formerly Ndaba) is taking it back to basics with her latest TV gig.

After taking a break from the limelight to focus on her health, Lichaba will host new talk show Hashtags with radio personality Mantsoe Pout, celebrity publicist Jarred Doyle and beauty guru Francois Louw.

While the show will premiere on Saturday, March 2, on eExtra (Channel 105 on DStv) at 4pm, the foursome has already been shooting for the past month. The show will focus on discussing social and lifestyle topics.

"It's fun, nice and different. It's nice to be back after taking this amazing break. The waking up late is what I miss the most," Lichaba said yesterday.

"The show is created by young people that are innovative. It has its own style and it's very relaxed. It's for the people and about the people."

Before Lichaba rose to stardom as the much-loved Queen Moroka on Generations, she kicked off her career 25 years ago as a TV presenter.

"Darling, before I became an actress I was a presenter, doing a music show back when CCTV was there," she recalled.

"When I started I was trying everything. 'Let me present here. Let me present there. It's a magazine show. It's a music show'. So you grow into it. But ultimately, I settled into drama because it was stable and focused back then," she said.

Sophie Ndaba: People abuse the words 'I love you'

Sophie Ndaba will not let anything get her down.
Pic of The Day
3 years ago

Actress Sophie Ndaba has lashed out over death rumours that set social media alight on Tuesday and labeled the entire debacle "disheartening and ...
Entertainment
3 years ago

Sophie Ndaba is fighting back against cyber bullies for body- shaming her over her dramatic weight loss.
Entertainment
3 years ago

Sophie Ndaba and Max Lichaba are in search o a wedding venue.
Shwashwi
3 years ago
Next Article