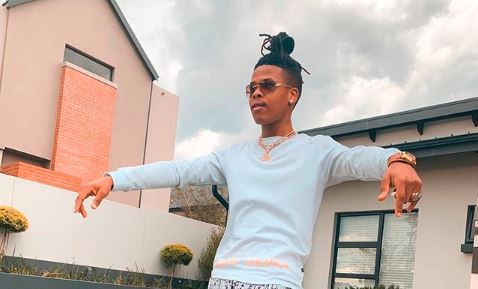 After slaying 2018 with his album Strings and Bling and several money moves, Nasty C has continued his dominance into 2019 so far.

Nasty C is fast becoming one of Mzansi's biggest stars and is making his mark around the world.

From international tours to high-profile boss moves, Nasty C's 2019 has been anything but boring.

Here's a look at just 5 highlights so far:

Nasty C started the year shooting a video in Portugal, before jetting off to the other end of the world for a short tour in Australia.

A few months later he was up north in Japan not only filling venues and making hundreds of new fans but also taking in the local cuisine.

It was almost so good, he contemplated moving.

Im in Japan thinkin I’m about to take over this whole shit ??‍♂️ they don’t even know it

While in Portugal, Nasty C got a call to check his inbox. In it lay a verse form US rapper TI. So it's safe to say that we will soon hear a track with Nasty C and TI dominate charts her and abroad.

Not just content with making a name for himself, Nasty C went record label boss to give young artists a hand up.

His label, Tall Racks Records recently collaborated with Red Bull Music to launch Lift As You Rise; a music project that is aimed at put up-and-coming artists from across South Africa in the spotlights.

It wasn't all music for Nasty C, as he opened up about his personal life and gave fans a glimpse of his big secret: a massive toe.

Dude was such by it so much that he even put it in a video addressed to fans.