Queen B ecstatic about interest in documentary 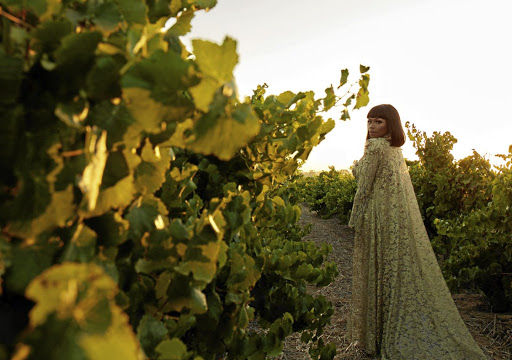 On arrival at Riboville Boutique Hotel, nestled in Joburg's picturesque Waterfall Equestrian Estate, it's a pink and white extravaganza.

Is an orchestra going to welcome her? You never know. After all this is Queen B.

What's more fascinating - and says a lot about her superstar power - is that she attracted big A-listers like minister of small business Lindiwe Zulu, Khanyi Mbau, Boity Thulo and Somizi Mhlongo.

"I had asked for tomato gravy, e kae? [where is it?]" Matheba asks as she checks out the lunch buffet that includes pap 'n vleis and chakalaka. She then quickly locates the gravy.

We are washing it all down with her newly launched signature bubbles BNG. We are the first to sip on it and the brut rosé particularly stands out. The pink sparkle tastes heavenly with tiny bubbles that are smooth as butter.

"I was nervous about how it tastes," she confesses.

"The packaging [gold and pink] can be beautiful and I can throw the most amazing launch party, but if it doesn't land on people's palates then I think we would have wasted our time. I think it can rival some of the best champagnes in the world."

A camera crew follows her every step, even as she finally rests her feet for a chat.

The 31-year-old media mogul will debut the latest installment of her reality show Bonang - Coming to America later this year.

The new season focuses more on Matheba the globetrotter and her philanthropy efforts. She says making sure that young women in Africa go to school is something that is close to her heart.

"The new season is going to be more fun and laughter, with the same people, including PinkyGirl [her cousin Tebogo Mekgwe]," she says.

Frenemies Bonang Matheba and Somizi Mhlongo have kissed and made up and it was for "champagne darling".
Entertainment
3 years ago

"I don't like to change a lot of things, but I just wanted to take people to a different world. What I do in London, Nigeria and New York. My work with Global Citizen, UN Women and Bonang Matheba Foundation."

Continuing to cross borders, Matheba has just returned to Mzansi from the Manchester Film Festival, where her full-length documentary Public Figure debuted. The feature also premiered at the Socially Relevant Film Festival New York this past Sunday.

It not only documents her life as an influencer, but Matheba also co-produced it.

The film aims to make audiences "question reality and delusion" by taking a closer look into the lives of influencers and the addictive effect of social media.

"I cried seeing my name up there as producer. With PublicFigure, I started it some two years ago, which was around the same time as House of BNG," she says.

"To have everything launch at the same time feels great. It's like a full harvest and now it's time to celebrate.

"Sometimes we want to tell people what I'm up to and I want them to see me working. But I had to keep it to myself, which is so hard."

Having collaborated with Woolworths on her lingerie line and Spree on a capsule collection, as far as entrepreneurship goes, House of BNG seems like her biggest leap into business yet.

Matheba teases that in 2020 she plans to release a red wine named after her mother, Charlotte.

Bonang said that in the airport slow lounge after the event they "sat together and just started talking".
Entertainment
3 years ago
Next Article